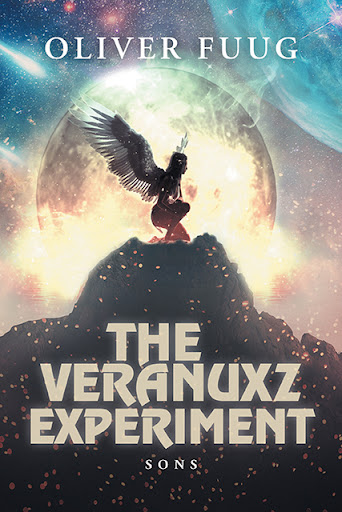 Young Gleven has been afforded a life quite unlike most: raised in the beauty and seclusion of the Bella Coola Valley, his companions are protective animals of the forest, and his father and uncle possess superhuman powers. But after his father, Rudolph, goes missing towards the end of World War II and Uncle Hanze sets out to find him, a mysterious young woman, Crystal (Eve), shows up at the door with a stern warning that may jeopardize Rudolph’s well-being—enemies of the past have resurfaced, and the family’s telekinetic research has been used to create a powerful and destructive force, Subject One. Determined to help, Gleven too is given mind powers, but Crystal’s gift doesn’t go unnoticed by the powers that be and soon Angelic, the Angel of Death, is forced to intervene. She delivers Gleven to a spacecraft of Veranian aliens, who recruit him for twenty years of cosmic training to stop a cosmic juggernaut from wiping out their race.

Meanwhile, Hanze tracks Rudy into the jungles of Argentina, only to be imprisoned by the maniacal Kurt (Adam) alongside Rudy, Reginald, and General Schmidt. Two decades later, they are united with Thasez (Jesus) and rescued by Gleven. Together, the groups must embark to stop the power-hungry tyrant Quazarth, a master dark matter manipulator, from finding the Alpha Atom and destroying the universe.

Oliver Fuug has been a self-proclaimed sci-fi/fantasy geek all his life and has watched thousands of hours of movies of the genre, both good and bad. He is the author of The Veranuxz Experiment series, including book one, The Veranuxz Experiment: The Growth of a Duke. He lives in Sicamous, B.C., with his girlfriend and a couple of pooches. He is currently working on the third book in this series.