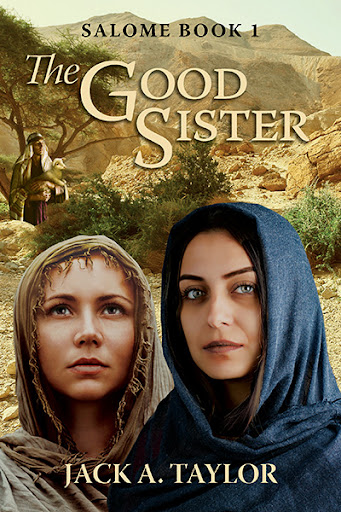 The Good Sister
by Jack A. Taylor

It all starts with a dare. Salome, a spirited young woman in Galilee, is perched in a tree and challenges Nathaniel, her smitten childhood friend, to climb onto a high branch after her. He falls and crushes a leg. Salome flees the scene in shock, abandoning Nathaniel.

When Salome discovers her younger sister, Mariam (the Virgin Mary), is pregnant out of wedlock after their older sister, Rebekah, has been raped by Roman soldiers, she tries to raise the family’s reputation by marrying a man she barely knows, forsaking Nathaniel and nurturing guilt. At the same time, Nathaniel battles his own seemingly unrequited feelings for Salome and also marries another. Both Nathaniel and Salome wrestle with inner turmoil and become undercover messengers and freedom fighters for the Zealots in a fledgling rebellion. Their paths continue to cross over the years, and a tangled relationship simmers and evolves.

This coming-of-age story is set in biblical times amid the brutal rule of Roman centurions yet has universal and modern-day relevance. Salome’s shame, fear, regret, love, integrity, and perseverance will resonate with anyone dealing with the desire to be “good.” The Good Sister is the first in a trilogy that follows Salome as she navigates the murky waters of human motivations and aspirations—only to discover that real love is not necessarily tied to goodness. 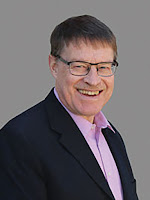 Jack A. Taylor has long shared and taught biblical stories, and is now bringing one of the lesser-known characters to a wider audience. The story of Salome, the Virgin Mary's sister, has many lessons that he’s used to help people. With a PhD in counseling and three masters degrees, he’s studied biblical history for 40 years, travelled extensively in Galilee, and written eight multi-award-winning books set in this era and region, including The Cross Maker, the Word Guild Historical Novel of the Year in 2020.

He lives in Vancouver, Canada, with his wife, Gayle, and a retinue of tropical fish. For more, go to jackataylor.com.