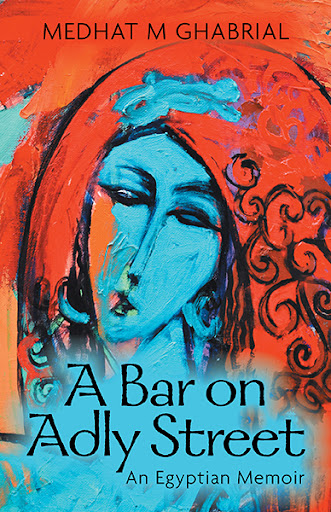 It's 1971. Egypt is still reeling from the sudden death of its “benevolent” tyrant Nasser and teeters on the precipice of Sadat’s era of unrelenting Islamization. Ghabrial is an engineering graduate student and a TA, moonlighting in an office that operates more as a Marxist political and cultural salon, conveniently located between a famous cabaret and the Cairo Opera House. A frustrated dreamer of bygone eras when poetry and freedoms were sacred, he sees the alarming changes happening in front of his eyes altering his reality for good.

Running parallel to the story of a nation in metamorphosis and turmoil is Ghabrial’s troubled love story with Aida, his life-thirsty19 year old student. Their relationship is complicated by many factors controlling that junction of history. Aida says: “Who can remember us 50 years from now, and who can tell what happened to us?”

The real heroine of the narrative is Cairo of the early seventies with its night lights and escapes, alleys and bars, especially one underground bar, where the misfits of the city find refuge and salvation against a tremulous backdrop of a national unrest above ground.

A Bar on Adly Street is an unflinching first-hand account of an in-between generation in 1970s Egypt whose fathers cherished secular democracy and religious tolerance, while they faced poverty, tyranny, fanaticism and corruption. It carefully layers strata of a life that examines the circumstances that lead to a nation turning against its defenseless minorities. Remnants of Greeks, and Italians, then Copts and even Muslims not subscribing to the MB’s Islamist agenda, all reeling under the new norms and the changing world around them, leaving them with no choice but to run away from home in droves, creating the schism in which the present narrative is at its centre. 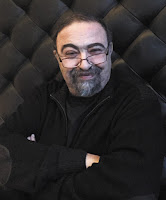 Medhat Ghabrial is a retired structural engineer who earned a PhD in Engineering from Windsor University after emigrating from Egypt in 1974. He was also an adjunct professor at Wayne State University, Detroit, Michigan, and published design manuals for structural engineers and graduate students in Canada.

Ghabrial is a natural story teller who enjoys travelling, writing short stories, and watching English football. He has two adult daughters and lives in Windsor, Ontario.

Sherif Asfoury is a noted Egyptian novelist born in Port Said, Egypt. He received his education in Naval Architecture in Suez, Egypt, and Newcastle upon Tyne, UK. He has published short stories collections and 3 novels: “Thessaloniki,” “A probe of immortality,” and “The return of Ulysses.” He lives in Cairo, Egypt.