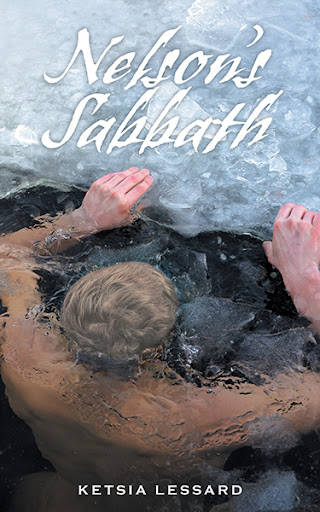 After an attempt to unveil corruption nearly costs him his life, Jasper Nelson resigns from the Royal Canadian Mounted Police in disgrace. Refusing to let the matter drop, the workaholic tries his hand at investigative journalism, but his efforts are met with scorn by the media, where bias and misinformation are gaining ground. Dejected and tormented by painful memories from the field, Nelson sinks into life-threatening despair. The only thing standing between him and self-destruction is his half-sister, Heidi Finlay.

In order to cheer him up and teach him to rest, Finlay and her Inuvialuit friend, Ruben Alunik, accompany the suicidal man on an excursion to Vancouver Island where Nelson mysteriously vanishes, “swallowed up” by an 800-year-old cedar tree.

Inspired by documented wilderness disappearances, this sequel to Lessard’s debut novel On Duty takes readers on a journey into the human psyche. Narrated by Heidi Finlay, Nelson’s Sabbath is a symbolic tale in which the servile ideal retreats to allow an authentic spiritual connection. Ketsia Lessard was born and raised in Montreal, Quebec and graduated from the University of Quebec with a creative writing degree. She wrote Nelson’s Sabbath during a depressive episode, and her characters’ reflections are a verbalization of her anguish, her struggle to make sense of life’s hardships and recover. The subject matter is heavily researched, including retired RCMP officers' testimonies, PTSD victims’ experiences, and the Missing 411 phenomenon.

Ketsia Lessard is also a painter and a church musician.