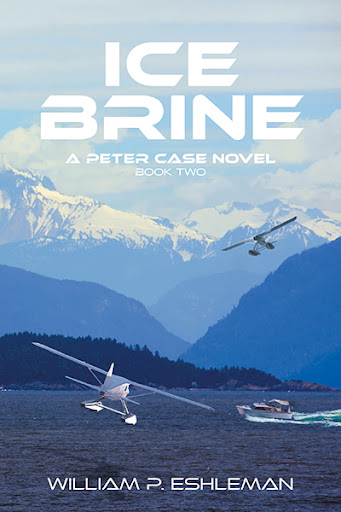 After completing his PhD, Peter Case returns home, eager to join his best friend’s marine salvage business on the Canadian West Coast. The cheerful prospect of getting on with his life is quickly shattered by a hair-raising highway pursuit through the Rockies. The intrigue and chaos that hounded him in Jamaica had followed him home.

Between attempts on his life, a sketchy salvage job, and a mysterious whistling saviour, Case sifts through lies and half-truths as he delves deeper into the mystery. His search lures him into a multi-agency manhunt for an international crime syndicate operating somewhere within the rugged beauty of the Gulf Islands.

Case can only be sure of two unfortunate truths. First, he’d obviously pissed off the wrong people in Jamaica. Second, while the agency was hunting the syndicate, the syndicate was hunting him.

“A diving pro and part owner of a Canadian undersea salvage company tangles with international criminals and multiple intelligence agencies. Underwater sequences are handled particularly well, and scenes of the stunning Rockies are travelogue perfect. Humor adds flavor to the story… An exhilarating thriller; Clive Cussler fans will find that Peter Case floats their boat.”

After publishing his first novel, Warm Salt, Bill Eshleman’s readers posed the most inspirational question an author could possibly hope for . . . What happens next?

An experienced scuba diver, Bill writes to merge the exhilaration of diving with the thrill of an action-adventure mystery. The underwater world provides a wondrous stage for his graphic imagination.

Born and raised in Western Canada, Bill lives with his family near Calgary, Alberta. He’s currently being trained by the newest member of the family, an Aussie-Border puppy (aptly named Whiskey).