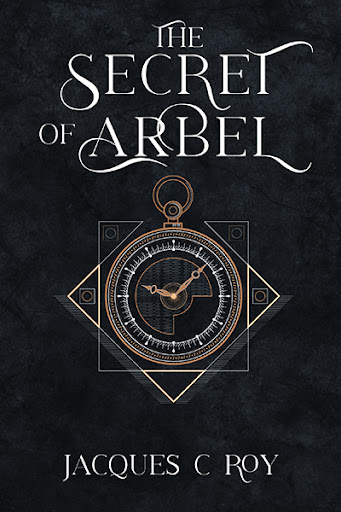 The Secret of Arbel
by Jacques C Roy

Set in modern times, The Secret of Arbel is a novel centred on a sealed coffer that, when opened by Monsignor Antoine St-Vincent (prefect of the Vatican Secret Archives), revealed several strange artifacts. A number of timeworn scrolls appear to be inscribed in medieval French by a monk. What’s more curious, though, is a notebook of diary entries written by a French archaeologist who disappeared at the Arbel excavation site in northern Israel, in 1973. The substance of the diary and scrolls? Dark secrets the Catholic Church has hidden for two millennia and a fantastical story of a cave that appears to be a portal for time travel.

Against his better judgment, Monsignor St-Vincent sends the coffer to a leading archeologist in Tel Aviv for carbon dating. The archeologist’s extraordinary discovery sets off a chain of events as shadowy forces, including a group called Order of the Divine Light, vie to possess the coffer to ensure its secrets remain hidden from the world.

The Secret of Arbel is a compelling mix of mystery and science fiction, which raises philosophical and speculative discussions about religious history and archaeological discoveries that question established historical facts and religious scriptures.

Jacques C. Roy has always been fascinated by science fiction and religious history. He studied chemistry and worked in the field for many years, which inspired him to write his own take on a sci-fi novel that asks deeper questions about “truths,” which often seem contradictory. The Secret of Arbel is his first book.