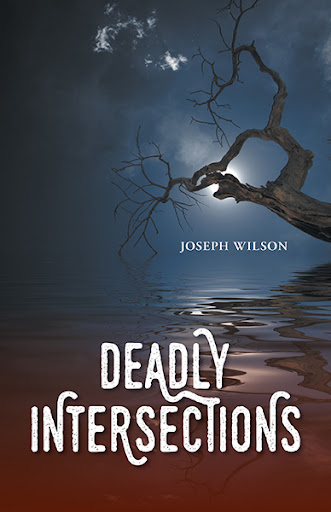 Twelve years ago, Kirsten Petersen left her troubled past behind her when she moved away from her sleepy hometown of Harmony, Ontario. Now a detective for the Ontario Provincial Police, she is reassigned to Harmony, and her first assignment takes her undercover to a strip club to investigate a shady real estate deal.

Her target, Alex McKay, is a slippery local developer who has created a new lakeside neighbourhood, New Eden, with questionable financial backing. When McKay’s accountant is found murdered, Kirsten and her new partner, Sergeant Jane Walden, with the help of a local journalist, discover corruption, government conspiracies, a complex scheme that involves dumping biohazards by the nearby Wyandot First Nation Reserve, and a dangerous stranger who might be behind it all.

Together, Kirsten and her team race against the clock to solve the mysteries plaguing their town before the body count gets any higher.

Joseph Wilson is a former high school English teacher who taught for thirty-two years and was the co-author of OSSTF: One Hundred Years Strong, a book celebrating the Ontario Secondary School Teachers' Federation. He is a twenty-five-year member of the London and District Labour Council Executive, including two terms as president.

He is also a voracious reader with a keen interest in social issues, community development, and politics, and has worked for and managed five successful NDP campaigns.

Wilson lives in Ilderton, Ontario, with his wife and their ancient cat, and has three grown children and three granddaughters.

He is currently writing the sequel to Deadly Intersections.