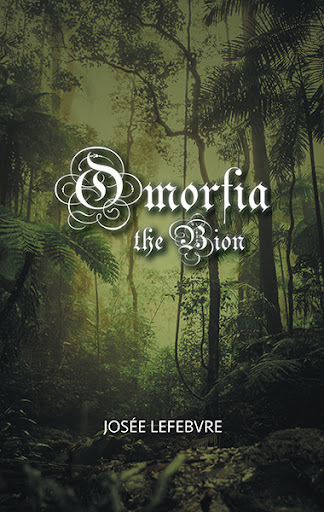 Omorfia
The Bion
by Josée Lefebvre

After failing to assassinate the overlord of Oever, Leios and Emely have lost their home member, Etham, Aadya can no longer speak, and Mathius has been captured. Devastated, Leios and his friends hurry back to Ignosi in preparation for the overlord’s retaliation. As they do so, the young Sapien, Memphis, is caught at the palace and, to save himself, lies about helping the Omorfians. Some are suspicious of him, while others seek to use him for a purpose, and Memphis is torn between doing what’s right and doing what he must to stay alive.

Meanwhile, as the power of his last sacrifice flows through is veins, a power like never before, the overlord becomes more devious in his plans to conquer the adjacent kingdom and makes a bargain with the imprisoned Mathius. In his naivety and hopefulness, Mathius tells the overlord of the Bion, the birthplace of Omorfians. But with the Kentrozois only days away, thousands will be birthed at the Bion—thousands innocent to the evils of their world.

There is, however, someone from the desert who can help. . . a bringer of peace—but will he leave his tranquil life to save them all?

Both an author and registered dental hygienist, Josée Lefebvre is a nerd in every aspect of life. She loves art, music, sports, travelling, and world building, and also learning about history, astronomy, physics, and biology. Josée enjoys spending time with her family and lives in Astorville, Ontario. Omorfia: The Bion is the second book in the Omorfia Trilogy.

Omorfia will be available in the FriesenPress Bookstore soon.