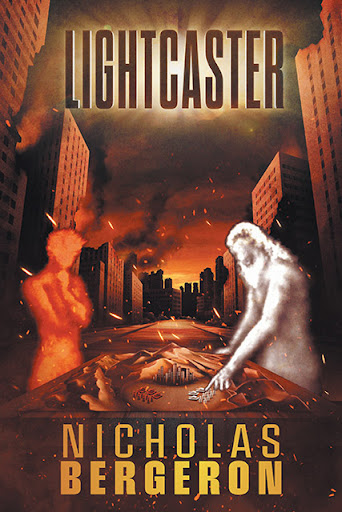 When Navy SEAL Hunter Carmichael dies on Earth, he is immediately transported into the afterlife, a violent realm where an eternal war is raging between two powerful gods. After their brutal conflict wiped out every other species, the gods are now using humans as pawns to fight their battles. A million earths have been created to farm the humans, and when the humans die on earth, they are forced to fight in the afterlife, with no memory of their pasts.

When Hunter is reluctantly thrust into power as leader of a massive army under the control of one of the gods, he must learn to fight his own inner demons as well as his new enemies. Facing threats from bullets, politics and espionage, Hunter must tread carefully in this new world. Though Hunter questions if he is even the man for the job, he might just be humanity’s only hope for survival.

NICHOLAS BERGERON is a creative entrepreneur, his love of military history accompanied by his curiosity of the afterlife was the inspiration for Lightcaster. Originally coming up with the idea at only 15 years old, Nicholas spent the next 7 years designing, crafting and writing the first novel in the 5 part Lightcaster series.

Nicholas is currently working on a world of novels in the Lightcaster Universe, the novels are spread across a wide variety of genres, ensuring there will be a novel for everyone to enjoy. Nicholas is a passionate and dedicated writer, born and raised in Ottawa, Ontario where he still lives today.

More information about the book can be found at: