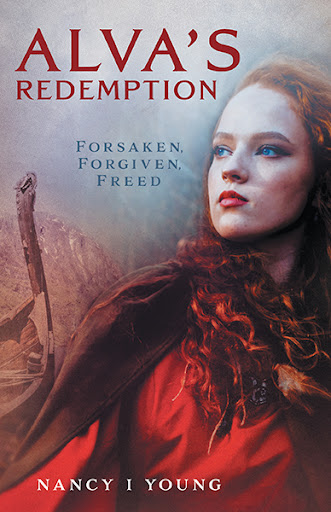 Alva is furious. She is being banished because she almost had her beloved foster brother, Torben, and his future bride, Eislyn, murdered. Now she is condemned, by her family, to live as a widower’s new wife high in the mountains for the rest of her life. However, once she has lived there for a short time, she realizes the emotions she had experienced in the past had been selfish and immature, not a true lasting love. Repentant at last, she finds forgiveness and peace with God.

Then tragedy strikes and Alva’s life is shattered once more. She is forced to face her family again for the welfare of her adopted children. Although Alva is now a changed woman, will that be evident to her family? Will they forgive her or will she forever bear the guilt and shame of her sin?

On the road to forgiveness and freedom Alva has many trials, including attacks by wild animals, and an accidental fire that could have ended her life. Each time something terrible happens she wonders if she will ever be free of the consequences of her past. It takes many months, and a final test of her faith, before she is fully forgiven; freed to live, and love, again.

Nancy Young has experienced the personal love and forgiveness of God in her own life and wants nothing more than to share that experience with others. She hopes Alva’s story will encourage and inspire women who are searching for the redemption and freedom that can only be found through God’s love and mercy.

Nancy lives in Calgary, Alberta, Canada. Alva’s Redemption is the sequel to her first novel, Home: A Viking’s Heart.