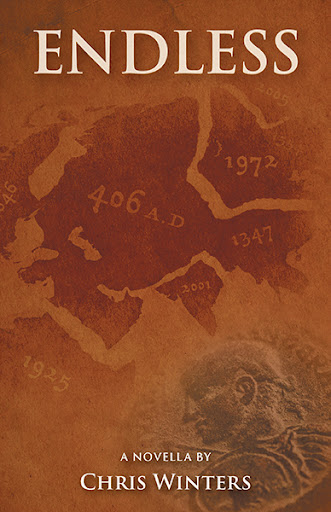 For countless centuries, Isaac Rojas had tried to live the quiet life, but he is forever being pulled to locations just before cataclysmic occurrences. Most recently, he was in New York on 9/11, then in Indonesia when the tsunami hit. Through these events, Isaac is summoned to witness human suffering at its worst, it’s a punishment for a deed from long ago. Over time, Isaac started to provide aid to those in dire need. But when George, an old friend from the Vietnam War, spots him and realizes he hasn’t aged in forty-seven years, he becomes fixated on understanding Isaac’s secrets. With

his private investigator son, he follows Isaac throughout Europe and the Middle East, enlisting the help of Angelica, Isaac’s love interest. Together, this group tries to uncover the truth about this man riddled with mystery. His secret can never be discovered, the world would not be accepting of his true identity.

Chris Winters is a chef by trade and a dreamer with a vivid imagination. He has travelled throughout the world, inspiring many of the settings in his book. He lives in Hamilton, Ontario, with his son. Endless is his first book.