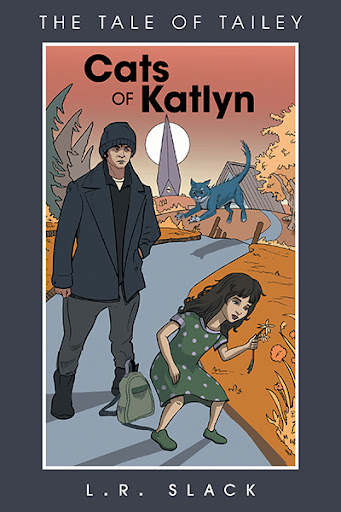 Cats of Katlyn
The Tale of Tailey
by L.R. Slack

Tailey came from the humblest of beginnings. His life had begun as a stray barn cat, and though he was now the beloved companion and protector of a young, deaf girl named Megan, he still had no idea of how far afield his destiny would soon take him, or how dangerous things would become. Megan is under grievous threat from Ichneumon, Possessor of Souls, who seeks to erase her and the threat of her powerful, unrealized magic from existence, assuring his own continued supremacy on his home world of Katlyn. But when a mysterious cat’s eye stone whisks Tailey off to that other world, under its blue sun, and he finds himself in the midst of an epic battle between good and evil, all he can think of is getting back to his little girl and keeping her safe.

With the help of the cats of Katlyn, a wolf cub, a small but magical creature called Nep, and the enormous and wise Animond, Yahmond Yah, he searches for a way back home, even as Katlyn is being torn asunder by the dark forces of Ichneumon on one side and the ancient evil of the ebony sword on the other. As peace unravels and blood is shed on all sides, ancient enemies will come together, forging new bonds of trust, and working together to stand against the darkness. But amidst such chaos and uncertainty, how can one small gray cat ever hope to find his way home … before it’s too late. 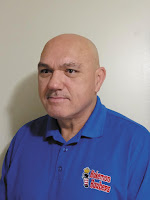 Inspired to become a writer in elementary school after reading a biography of Daniel Boone, Author L.R. Slack found a love for fantasy stories while serving in the navy, and earned a certificate from the Institute of Children's Literature, as well as a Certificate and an Associates Degree in Computer Aided Drafting and Design. He has seen the world from the deck of a naval destroyer, and worked as a machine repairman, a cad operator, and now a barber.

Though his children are now adults—and have given him many grandchildren—he fondly remembers reading them many stories when they were little and making up his own for them as well. From those stories, paired with his love and respect for cats, big and small, the Cats of Katlyn series was born, beginning with this first volume: A Tale of Tailey

He currently lives near Eau Claire, Michigan, with his spouse, Lisa, and Little One, their small tabby cat.