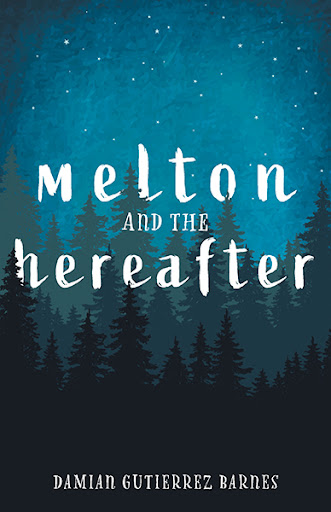 Melton and the Hereafter
by Damian Gutierrez Barnes

Much like his favorite black and white television shows growing up, Melton often thought of life in dualities of right and wrong, moral and immoral, grace and sin, impressing religious devotion on his family’s life—and anyone else who would listen. Sure in his opinions, Melton remained uncertain of what to expect when his time on earth came to an end. He never anticipated finding himself utterly alone but surrounded by the idyllic beauty of the state park he’d enjoyed visiting so much with his wife and children over the course of his life and in his meditations.

Returned to this serene natural setting, so familiar to him and yet not quite the same, he travels the park’s old rim trail along cliffs above the Pacific Ocean, into foggy groves of firs, redwoods, and memory. Alone with ghosts who have haunted him through life, his dead twin, and breathless daughter, his father who beat him, and the monsignor who molested him, Melton also encounters the shadow of a man who left his own lasting impacts in the lives of others.

Tortured with hindsight and dreading an eternity of solitude in this once beloved wilderness, Melton eventually encounters a peculiar park ranger who will lead him on the remainder of his journey and to a mythical encounter where the final tea about his life will be spilled. Melton may be able return to his tribe if he can take what’s served.

Readers will laugh and cry in this cinematic, life-changing tale. In an era of doom and pessimism, Melton and the Hereafter radiates with hope and faith in humanity.

Damian Gutierrez Barnes’ Melton and the Hereafter is a novel that explores the afterlife through the eyes of a man who never fully reckoned with his trauma as a victim of sexual abuse in the Catholic Church...a hopeful tale about reconciliation where it matters most; at the heart of universal consciousness. 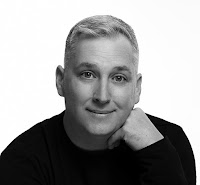 Damian Gutierrez Barnes was born in Sacramento and attended Santa Clara University where he earned a BS in Political Science and a teaching credential. He earned his MA in English from Holy Names University in the Writer’s Craft Program and has taught for over two decades. He lives in Alameda, California.