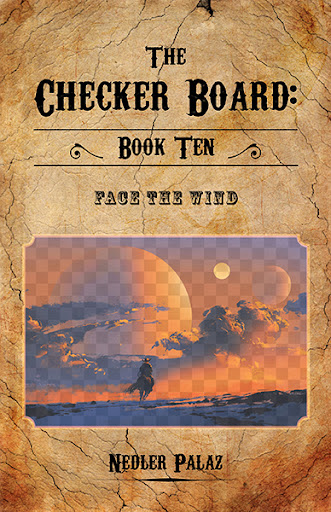 ‘Face the Wind’ is a term used by Native American men to demonstrate their prowess in battle, at winning against odds, and succeeding in their endeavor. The term carries succinct relevance to the Smith twins and their resolute spirits.

In this Tenth historical fiction novel of The Checker Board Series, in 1898, Dave Smith moves his family into Sheridan, Wyoming in order to take over the district court judgeship. It requires a period of adjustment, particularly as his old partner, Jim Bowen shows up to open new objectives in quelling the criminal element that inhabits a large part of the very district in which Dave Smith is a judge. Old law business resurfaces in which specific objectives are set as well as locating more information in order to capture wrongdoers.

Even Butch Cassidy, notorious outlaw, confounds Dave to the point Wyoming’s Governor threatens to remove Dave from his judge’s position.

This novel is historical as it describes the early build-out of Sheridan, including the railroads, coal mining, and the early stages of the local water treatment plant.

Even a remote dinosaur dig creates a momentous find while at the same time evades an outlaw gang on their own home turf of the Hole in the Wall hideout.

This book is a ‘Coming of Age' story that includes the separate lives of the Smith twin’s, Seth and Seamus, and how their courses diverge, each with his own approach to life.

Seamus endeavors to learn about water control while working as an apprentice for the Sheridan water works engineer. His studies include engineering school in Boston.

Seth attempts to shine at polo only to learn how disastrous is the sport. After a catastrophic riding accident, Seth meets Willow, a lovely Cheyenne girl trained as an herbalist and horse healer. Willow captures Seth’s heart and must state her intents to Dave Smith in order to be accepted. Remaining on the ranch, Seth and Willow learn more about horse breeding and training.

Cheyenne Indian Sam Eagle Feather, Dave’s old partner, maintains a delicate tightrope strung between being free or relegated to the reservation. Sam confronts rustlers who attack his small ranch which start a cascade of adversity for all concerned. 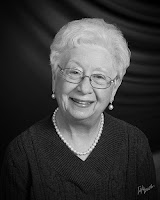 Nedler Palaz is a penname chosen by the author to reflect the historical western fiction novel series titled “The Checker Board”. The author, Nellie Pallagi, has a lifetime interest in the western genre. The series follows the exploits of a nineteen-year-old runaway who learns equal skills at ranching and gunfighting in 1879 Texas, and then moves on to new adventures throughout the west.

Book Ten brings the reader into 1898 to learn about Wyoming law and the criminal gangs including the notorious Wild Bunch and Butch Cassidy. Dave Smith finds it difficult to move from a peace keeping US Marshal and ranch owner to a dedicated Wyoming Judge.

Dave Smith judge’s territory covers notorious Johnson County as well as Sheridan County in north central Wyoming. He has an inexplicable run in with Butch Cassidy that threatens his continued judge’s position.

In this ‘Coming of Age’ novel, Dave’s twin son’s make decisions that will alter their lives forever affecting not only their futures, but that of father, Dave Smith.

See www.nedlerpalaz.com for further details about this book and others in the series.