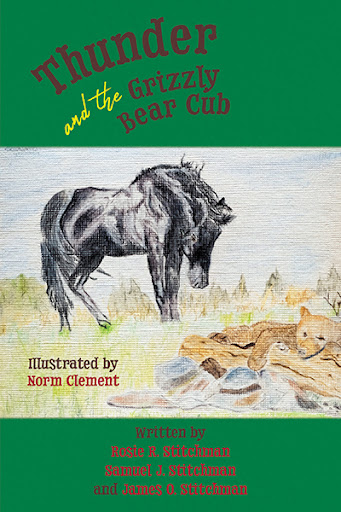 Rosie and Sam return to the Marpole Dude Ranch and have another exciting adventure. The youngsters learn about caring for animals, working as a team and learning respect for others. Dangerous challenges are met and overcome along the way. Rosie and Sam team up with Chief Growling Bear and his friend Noah Spotted Wolf, who teach them, among other things, to respect nature and all the animals who live there. Rosie, Sam, Chief Growling Bear and Noah Spotted Wolf tangle with bear-nappers and disrupt their nefarious plans. When the youngsters return to the city, they take with them the many life's lessons that had been taught to them by their First Nations friends.

Join this hearty cast of new and returning characters in Thunder and the Grizzly Bear Cub, the second installment in the “Rosie and Sam’s Dude Ranch Adventures” series. 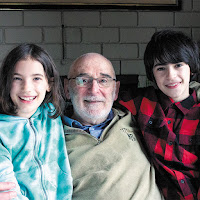 James Stitchman, the inspiration behind Papa J Tailor, has spent his lifetime coaching, teaching, and interacting with children through various amateur sports involvement. A natural story-teller, he would share stories with the community children, as well as his grandchildren, Rosie and Sam. As Rosie and Sam grew, they began adding to their grandfather’s stories, and the three let their imaginations run wild. From that, the “Rosie and Sam’s Dude Ranch Adventures” series was born. A follow-up to Thunder and the Werewolves, published in 2021, the Stitchman grandfather and grandchildren writing team have reunited to pen Thunder and the Grizzly Bear Cub, the second book in the “Rosie and Sam’s Dude Ranch Adventures” series.

Rosie and Samuel live in North Vancouver, British Columbia with their mom, Thea; their dad, Brendan; and their rescue dog, Winnie.

James lives in Vancouver, British Columbia with his wife Kathryn.