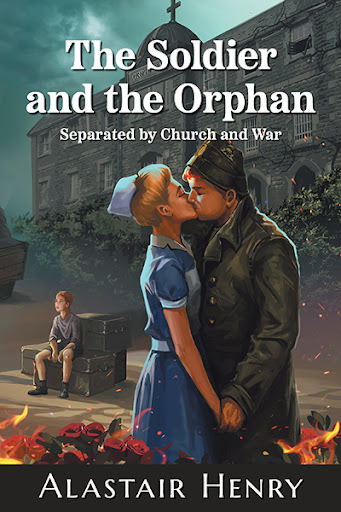 In twentieth-century England, many working-class people were victims of values and circumstances not of their own making. They were people to whom things were done to, not for. Billy and Tommy Jones and their mother, Mary, were such people. The boys were born out of wedlock at a time when such a thing was regarded as a disgrace -the sins of the father being visited on the sons. Neither boy knows they have a brother – it is to be a dark family secret between the Catholic church and Mary, the boy’s mother.

The trajectory of the boy’s lives takes them to different parts of the world where they suffer the consequences of circumstances beyond their control which they must confront and resolve.

Billy is injured in WW2, falls in love with his nurse, and is left struggling with shellshock after being discharged from the army. Eventually, through the kindness and compassion of strangers, he regains his health and, in a surprising turn of events, learns the truth about his birth.

Tommy is a victim of the British Home Child program and is sent to Canada when he is thirteen to work on a five-year indenture labor contract on a dairy farm in Quebec. When his contract ends, he travels to Jersey, a Channel Island, just before the Germans invade and occupy the island. To avoid capture and deportation to Germany, Tommy becomes resourceful in surprising ways.

The Soldier and the Orphan is a fast-paced, emotionally packed novel with strong characters and surprising twists. It will elicit unexpected tears of joy and sadness as the story touches on colonialist attitudes, discrimination, love, and tragedy. And for readers wanting an extra taste of mystery and suspense. The Soldier and the Orphan brews up a good share of deceits and secrets, and even murder as the novel threads to a powerful, heart-warming conclusion.

The Soldier and the Orphan will appeal to readers of all ages and backgrounds but will be of special interest to those who have traced their Canadian ancestry back to a British Home Child. Readers who enjoyed the Orphan Train and The Guernsey Literary and Potato Peel Pie Society will enjoy the unique plots and settings of this novel.

Alastair emigrated to Canada from England by himself when he was 19. He became a typical yuppie – family, a house in the suburbs, and a big job in the corporate sector. Following London

Life's Freedom 55 plan he retired at 57 and went to live in the country.

Two years later, disillusioned with the passivity of retirement, he shed his material possessions and went to live for two years with a small First Nations band in a remote fly-in location in the N.W.T. Cultural differences and a challenging environment ignited in him fresh perspectives, inspired a new way of being, and fueled his soul searching. The experience changed the direction of his life which he wrote about in his memoir: Awakening in the Northwest Territories. He left the north two years later and motivated about helping others less fortunate than himself went to Bangladesh on a two-year assignment as an International Development volunteer.

On his return To Canada, Alastair met his new partner, Candas Whitlock, who subsequently sold her house, shed her material possessions, and went with him to Jamaica and Guyana as International Development volunteers on one year assignments. They co-wrote Go For It – Volunteering Adventures on Roads Less Travelled to encourage boomers to consider international volunteering.

In between volunteering assignments, they backpacked Central America and Southeast Asia for four months at a time and co-wrote Budget Backpacking for Boomers.

In 2016, Candas and Alastair went to Alert Bay, BC. on a four-month volunteer placement with the Namgis First Nations as part of a Truth and Reconciliation Committee ‘Call to action’ initiative, where Alastair served as the business coach to ten First Nation would-be entrepreneurs. The experience was so profound they felt compelled to write about it in a memoir entitled Tides of Change, which is a free download from Alastair’s website: www.alastairhenry.com

For the next three years, Candas and Alastair entertained audiences in retirement residences, service clubs, and libraries throughout Ontario with their audio/visual shows based on their books.

Alastair has three children and seven grandchildren and lives in London, Ontario with Candas.

His double lung transplant in 2020 enabled him to complete writing The Soldier and the Orphan which he began in 2016.

The Soldier and the Orphan will be available in the FriesenPress Bookstore soon.