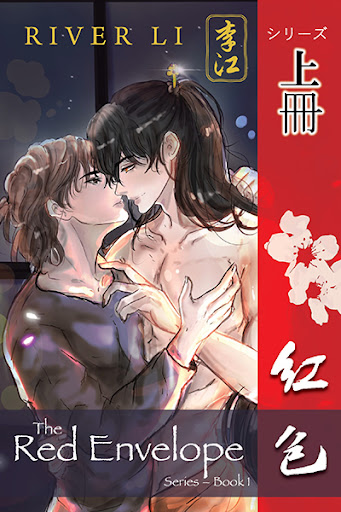 The Red Envelope
by River Li

The death of his lover of five years, Marcus, changed everything for Li Ying. A 29-year-old illustrator from Vancouver, whose ability to see the world that lurks behind the corporeal can be a real headache sometimes.

One moment, he is discussing work with his charming (and Ying uses the term very loosely when talking of his bestie) friend, Patience; the next, he is sent on a night out by said bestie; watching within horror as a world of monsters both near and far is opened up to him, exposing him to betrayal, magic, heartache and the possibility of becoming a cliché anti-heroine from a tacky teen novel series.

He knows these monsters are dangerous, but can he resist their beauty and charm? - at least he might, with some help from his Nainai and her unique taste in gifts through Red Chinese New Year’s Envelopes.

What once seemed a promising cure to Li Ying’s troublesome migraines and ability to see the unseen turns into a nightmare that will test his sanity and inner resolve. Can Li Ying become the hero of his own tale and overcome the ever-present darkness that lurks within each of us, or will he succumb and let fate continue to make him its bitch and be consumed by the Fae world and all the monsters in it?

Join Li Ying as he tumbles down the rabbit hole of Vancouver’s magical underworld in search of a way through his own personal struggles and through many of the inner demons many of us struggle with every day.

Opening The Red Envelope will lead you into a world of faeries, monsters, enchantment. A world rich with romance, self-deprecating humour and some of the most ridiculous inner dialogue a fantasy series has encountered in many years.

Open it and see what lies in wait for you… 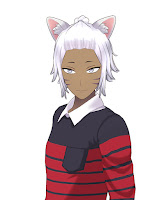 River Li is an author born in New Zealand and living in Vancouver, Canada. Always ready to tell a tale, River loves to weave stories of suspense, intrigue, a touch of magic and, of course, romance. Pulling on a wealth of experience from travels around the globe, they have brought a unique perspective into the literary world, hoping to mesh many traditions, beliefs and cultures with today’s modern ideals.

When they are not immersed in the world of fantasy fiction, River enjoys the sciences. Having gained multiple degrees in biotechnology, they hope to bring their imagination and love of infinite possibility into their work in environmental remediation.

It is the sincere hope of River that the journey they encourage their readers to put aside their preconceptions and find enjoyment within the safety of the world River has created for them.