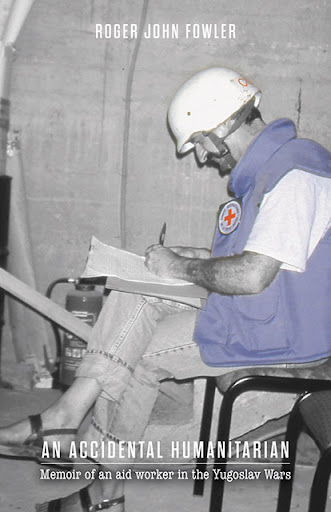 Hearing that the British Red Cross were recruiting truck drivers to deliver relief supplies in the active conflict zones of the former Yugoslavia, Roger thought the work sounded interesting. What he experienced during his mission with the International Committee of the Red Cross proved to be much more. Living the realities of humanitarian relief work and witnessing the tragedies of what war could do and did to its civilian victims, was life-changing.

Roger Fowler’s rich memoir chronicles the wins and losses, joys and heartbreak of providing humanitarian relief to suffering civilians and displaced persons. With tenacity, determination and humour, Roger takes the reader with him through his adventures from escorting convoys across front lines to being in the middle of the largest and final battle of the Croatian War of Independence – Operation Storm.

"At once a love story; powerful day-today insights into the work of an International Red Cross delegate; and horrific accounting of the war crimes of 1992-1996 Bosnia, An Accidental Humanitarian tells an anything but accidental story. Roger Fowler's story of service is deeply compelling. I couldn't put it down."

—Lorimer Shenher, author of That Lonely Section of Hell: The Botched Investigation of a Serial Killer Who Almost Got Away and This One Looks Like a Boy: My Gender Journey to Life as a Man

“This is a must read for anyone interested in the realities of delivering humanitarian aid under war time conditions. This timely reminder of the challenges, though set in the aftermath of the collapse of Yugoslavia, has important lessons for those now engaged in the delivery of humanitarian aid in war torn Ukraine.”

"Roger Fowler’s memoir takes us into the operational heart of a terrible recent conflict. His personal observations are more relevant than ever, in the light of Russia’s horrific attack on Ukraine."

In this memoir, a man recounts his extraordinary experiences working for the Red Cross in the former Yugoslavia while war ravaged the country...A riveting war account, dramatic and moving.

Roger Fowler worked as a builder in the Cotswolds in the southwest of England before becoming a truck driver and convoyer for the International Committee of the Red Cross, providing humanitarian aid throughout the former Yugoslavia.

He has developed an understanding of the complexities and horrors of this war and maintains a deep commitment to the continued important work of humanitarian organizations.

Writing to share his story and bring awareness to the plight of civilians affected by conflict, Roger has seen people at their very worst, yet showing poise and resilience in the face of tragedy. His work with the ICRC was recognized by the Queen in November 1995 at Buckingham Palace.

He lives in Sooke, BC, with his wife and daughter.