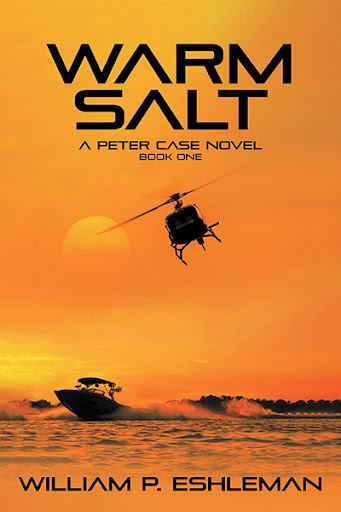 While studying toward his doctorate at a remote Jamaican marine station, Peter Case is swept into a world of intrigue when tragedy strikes during a routine collection dive. His diving buddy subsequently dies, but Case refuses to accept the official cause of death. Naively attempting to uncover the truth, he stumbles deep into a world of deceit and violence.

Case is drawn further and further into extraordinary circumstances, inadvertently disrupting a covert CIA surveillance operation and becoming entangled in the aspirations of a global crime syndicate. His actions endanger the lives of friends and colleagues, compelling Case to take risks he’d have thought unimaginable just a few days before.

When the full consequences of his quest for the truth come to light, Case is forced to stand alone against the syndicate, armed only with his dive knife and an ill-conceived plan.

“Case...is an impressively crafted protagonist who stands strongly at the center of the action. At first, he seems like an unlikely hero, but his dogged observational skills and skeptical nature make him a valuable investigator... Eshleman proves to be an adept writer of action scenes, but what makes his work stand out are his hyperrealistic treatments of diving and marine life. His keen eye for detailed scene-setting results in a description of a seedy, smoke-filled bar...that’s nearly as vivid as more sophisticated scenes set underwater. An...engaging action novel, bolstered by its exotic setting and realistic protagonist.”

A must-read for the action-adventure genre!

This action-adventure novel had me sitting on the edge of my seat. The storyline was well developed, as were the characters. They were a lot of fun to hang around with. Near the end of the book, I couldn’t help but imagine who would play these two bad- ass guys in the movie. I definitely want to find out what happens next. The second book, please!

Enthralling and vivid descriptions paint a beautiful picture of the underwater environment for those who have never experienced scuba diving. Filled with action and cheeky off-the-cuff humor that thoroughly entertains. Some chapters had my heart racing, and others had me laughing. It’s tough to put it down once you get into it. Kudos to the author - I hope to see more in the future!

An avid scuba diver while completing his degree in marine biology, Bill Eshleman wrote Warm Salt to merge the exhilaration of diving with the thrill of an action-adventure yarn. The beauty and dangers of the underwater world provide a unique stage for his vivid imagination.

Born and raised in Western Canada, Bill lives with his family near Calgary, Alberta.