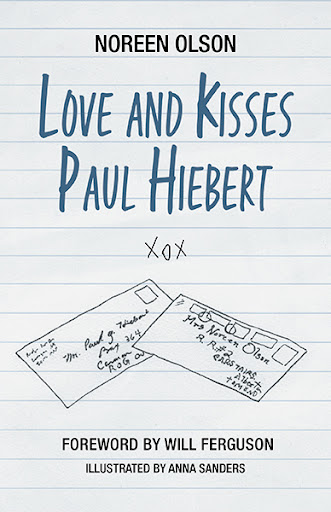 Love and Kisses, Paul Hiebert charts this correspondence, covering a vast array of subjects: from chickens to religion, literature to ageing. Letters reveal Hiebert’s philosophical and spiritual concerns, his wry sense of humour, and his strong belief in love—as well as revealing the rare friendship between Hiebert and Olson. Often amusing and uplifting, it also describes the demands of living on an Alberta farm through Olson’s letters and extracts from her columns that she often included with them. Love and Kisses, Paul Hiebert will appeal to those familiar with Hiebert’s work, those who enjoy insightful and often humorous memoirs, and those who appreciate family and spiritual values. To quote Paul Hiebert, "Only Love Endures."

Noreen Olson is a veteran columnist and speaker. She wrote an award-winning general interest column for her local newspaper for 26 years, a monthly column for the Bergen News, and has had numerous articles published elsewhere. While working for the Alberta Speakers Bureau, she published The Kitchen Table Collection, six volumes of a selection of her columns between 1993 and 2000. In 1997, she was the Grand Prize Winner of Canada's Cowboy Poetry Festival Competition and in 2004, her book, The School Bus Doesn’t Stop Here Anymore: Life and Times on a Rural Route, made the bestseller list in the Edmonton Journal. Olson’s work is included in the The Penguin Anthology of Canadian Humour, and in Margaret Atwood's Barbed Lyres: Canadian Venomous Verse. She was featured twice reading her columns on the CBC and has spoken at hundreds of speaking engagements.

Olson and her husband Ralph were active farmers for over 50 years with hay, grain, cattle, and a few chickens; they still live on their beautiful farm near Cremona AB that has been in the family since 1924. They have a couple of cats, three children, and three wonderful grandchildren.