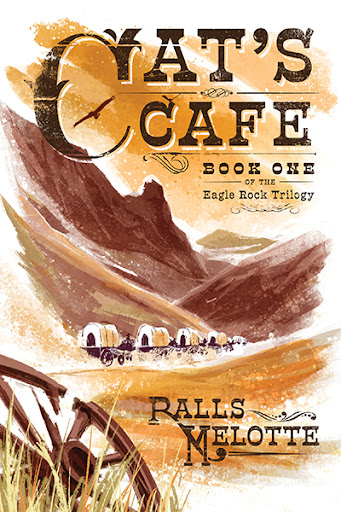 Catherine Stubin was already looking for a way out of strait-laced Louisville, Kentucky when a handsome, charismatic Irishman walked into her family’s Thanksgiving dinner party. She was thrilled at first sight. Alone, desolate, and weary of 1870s aristocracy, it was easy for Catherine to see Patrick Callaway as a gallant rescuer. He quickly swept her off her feet and onto a night train with promises of a grand adventure and new life in the West. Enthralled and excited by an impetuous elopement on the newly completed Transcontinental Railroad, she had no idea what really lay ahead, and would never have expected Patrick to disappear shortly after their arrival in the hardscrabble town of Eagle Rock.

Far from the love story she’d expected, Catherine would have to find her place among boisterous cowboys, territorial ranchers, hard-living rail workers, stalwart Native Americans, and Mormon settlers. Calling on all the strength, determination, and ingenuity she could muster, she would either join real-life pioneers and visionaries in shaping the late-19th century American West, or return to a life she had come to despise.

Chapter notes in each book of the Eagle Rock Trilogy provide the historical context and setting for the characters, culture, and such events as the introduction of irrigation canals so important to present Idaho’s economy, construction of the Union Pacific Railroad lines rife with scams and cutthroat skullduggery, and the early western Feminist movement — all of which did unfold in and around this small railroad town.

“The dramatic center of the story—Catherine finding the inner strength to take on a pile of troubles—is handled with an engaging sense of compassion... A zesty and occasionally touching story of a woman confronting crude realities of a new life.”

“Ending with a gripping setup for a sequel, Cat’s Café is an absorbing historical novel in which a tough woman faces the challenges of westward expansion.” 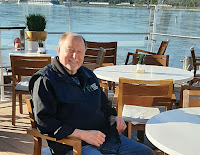 After graduating from the University of Illinois, Urbana-Champaign with a Bachelors of Architecture, Melotte began a professional career that would span fifty years. He and business partner Richard Morse founded an architectural office and stained glass studio, and built the business into a successful collaboration of architects, scientists, artists, craftsmen, and social entrepreneurs serving the region with new construction, historic preservation, environmental hazard remediation, major stained glass art collections, and legislative development that became foundational to present-day regulations. Melotte retired in 2019 and moved to his beloved home state of Wisconsin to pursue his life-long love of writing.