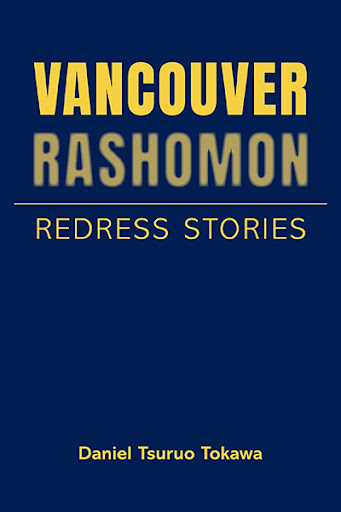 This book is about the Japanese Canadian Redress Movement in Vancouver B.C. between 1947–1988, the controversies that damaged it between 1989-1994, and some adverse consequences that remain even today in 2022. Many of these stories are untold in other Japanese Canadian redress books. Much evidentiary material has been researched and referenced to explain my views and to feature as many of the grass-roots activists as I could practically mention.

Like the intrigue in a samurai movie combined with an Agatha Christie sleuth solving the great mystery and presenting a reveal at the end, I describe the plots, clues, and deductions as I gathered them. Popular slang and songs came to mind while writing the chapters so I’ve included some of them in the titles to give the reader a better feeling of those times also.

The original goal was to work with the committee who published Japanese Canadian Redress: The Toronto Story in 2000, but that didn’t happen because the Vancouver Story was much more heated and too raw to write about back then. The truths behind the redress movement stories appeared shrouded in confusion, fear, silence, and coverup that took decades to sort out—thus the origin of my book title: Vancouver Rashomon: Redress Stories.

In retrospect, ever since childhood in the fifties, I have been wondering where I fit in Canada, but now I realize that is a normal feeling among most adolescents and now knowing a little more about human nature and world conflicts, my angst has been calmed.

I struggled to understand the unravelling of the Vancouver Redress Movement in the nineties but since childhood I felt fate guide me and in Aug. 2019, fate again did so. My wife Lesley and I had travelled to Scotland in part to search for her father’s roots, but I ended up finding two comforting quotes in the Inverness Museum and Art Gallery, several miles from the site of the Culloden Battle, the beginning of the “Clearances,” 1750–1850, when many Highlanders were forced to move to Canada which was thought provoking in itself: Was the Highland Clearances a model for the Japanese Canadian Clearances?

In the art gallery was an exhibit entitled “Forgiveness” by Carrie Fertig, glass artist, that included two comforting quotes which answered why I needed to finish this book:

“It is generally accepted that painful feelings will gain strength if pushed aside and left unacknowledged. However, recognizing these feelings can allow us to deal with them and ultimately move forward.”, Carrie Fertig

“We can’t let go of feelings we do not own.”, Father Michael Lapsey, South African Anglican Priest and Social Justice activist