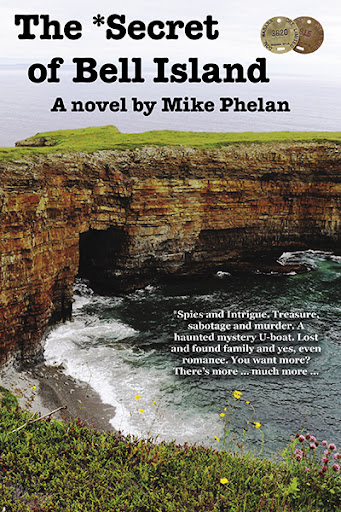 The Secret of Bell Island
by Mike Phelan

When Matt McCarty travels five thousand miles to Newfoundland, his only intention is to put the ghosts of his past to rest along with his estranged, recently deceased alcoholic father. Instead, he will be drawn into danger and the adventure of a lifetime, unknowingly continuing the taciturn mystery man’s unfinished, clandestine wartime mission from 1942. U-boats have already torpedoed shipping within sight of Bell Island’s shore, but now, seventy-five years later, something terrible left behind by the enemy threatens a cataclysm that could destroy the peaceful existence of everyone in Conception Bay. As father and son’s stories weave back and forth in time, the present will collide with the past as Matt discovers both beautiful and deadly secrets above and deep below in the long abandoned iron ore mines of Bell Island. 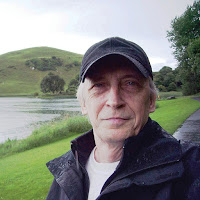 Mike Phelan moved to Bell Island, Newfoundland at the age of five with his family, where his father worked for the Dosco mine company as an electrical engineer during the last great decade of iron ore mining that ended in 1966. The closure affected thousands and precipitated a workforce exodus to many other parts of Canada, the USA and beyond. In the late 1960’s, after experiencing the exciting music and freedom of the times he answered the call of the West. A career in the music industry followed and he eventually found the theatre, his true love, where he still works as a stagehand and proud union member of the IATSE.

After a fifty-year absence he returned to visit his island-strong memories, exploring the old mine workings and wandering the high crumbling cliffs from the Lighthouse to Lance Cove where the inspiration was born for this thrilling adventure novel spanning seven decades with its rich cast of characters.

He lives in the West End of Vancouver near the ‘other’ ocean in a beautiful heritage house surrounded by artistic and eclectic neighbors who are owned by dozens of cats and dogs, even a huge Newfoundland.