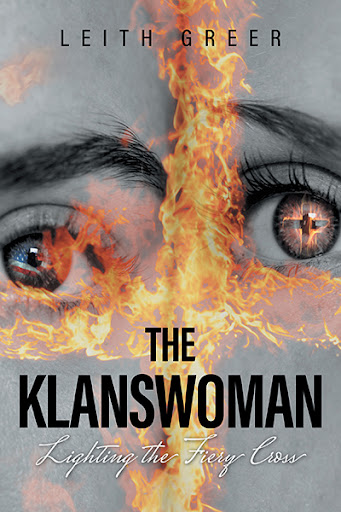 This historical novel, although fictional, is based on true events.

From 1915 to 1920, the United States was challenged by a societal struggle to maintain traditional values while simultaneously embracing modernism. The introduction of prohibition, women’s suffrage, the great world war, increased migration, and the Spanish Flu, was met with increased bias and religious opposition, most notably from the dangerous hate group, the Ku Klux Klan.

The story begins with two inseparable young friends, Rose from a wealthy and loving Catholic family, and Maybelle from an impoverished dysfunctional Protestant family. As tragedy forces the best friends apart their paths diverge, causing the distance between them to grow wider. Rose becomes a lawyer and social crusader, while Maybelle is led down increasingly darker avenues, eventually finding opportunity within the KKK to gain authority and prosperity for herself. When the two finally meet again, will their bonds forged in childhood innocence be strong enough to overcome their differences, or will they find themselves at a crossroad?

The first book in The Klanswoman Trilogy, Lighting the Fiery Cross, examines the Klan’s tribalistic nature as they worked in Oregon to spread their message and increase their memberships. When women began joining the Klan, it made the KKK agenda more socially acceptable and allowed them to disguise their true motivations of hatred and greed behind masks of righteousness. Their guarantee of safety and prosperity quickly became a draw to those who felt disenfranchised, threatened, or alone in a world that was changing too rapidly.

While pursuing a Master of Arts degree based in US history, and as an experienced researcher, Leith Greer uncovered facts that are not commonly known about the Klansmen and Klanswomen’s participation in the Pacific Northwest. As a Canadian studying abroad, Greer discovered that the KKK rapidly expanded from Oregon, through Washington, into British Columbia, and across Canada. Quickly realizing that the group’s recruitment tactics, methods, and underlying motivations, both historically and in its modern-day iteration, remain widely unknown, and with that level of continued anonymity, makes them even more dangerous. Greer aspires that with The Klanswoman Trilogy—Lighting the Fiery Cross; Not for Self but Others; and The Dying Embers—readers will gain a better understanding of the real threat posed by extremist hate groups like the KKK, who still appear behind white robes or openly in red hats, continuing to spread fear and hatred for those different from themselves.