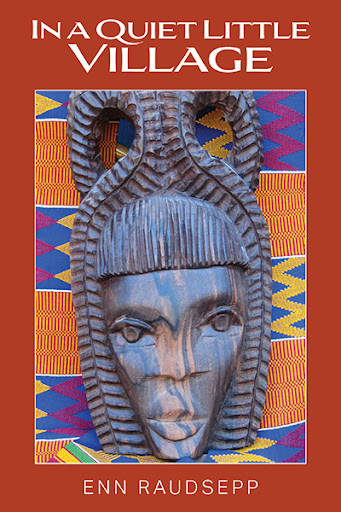 In a Quiet Little Village
by Enn Raudsepp

It was The Sixties – flower power, woman’s lib, free love – and everyone was having fun. Except Brian Adamson, twenty-six years old and still trapped in a claustrophobic existence dominated by a widowed mother whose life was filled by angels and saints with little love left for her son. She nevertheless expected him to replicate the life of her “dear departed husband,” whom truth be told, she had barely tolerated. But she went too far when she picked out a clone of herself as Brian’s intended bride. If he was ever to be happy, he had to make a break for it. But what can an inexperienced, guilt-ridden and insecure young Canadian do to break the apron strings that bind? The answer stared him in the face one day when he was perusing the MONTREAL STAR at his dead-end office job.

Young men and women who would like to make a difference

by serving as volunteer teachers in developing countries …

Maybe there was a solution to his problem after all!

If you loved Kwei Quartey’s mystery novels or the No.1 Ladies Detective Agency series, you will be delighted by Brian’s late-blooming adventures as he finds love and helps solve a murder that has perplexed the residents of the “quiet” little village where he ends up teaching.

Enn Raudsepp received his primary education in Montreal and did graduate studies at Columbia and McGill universities. He has worked at The Montreal Star, The Toronto Telegram and The Globe and Mail, and taught journalism at Concordia University. Before completing his graduate studies, he taught for three years as a CUSO volunteer in a really quiet little village in Ghana. He has published one novel, Vändra (Lakeshore Press, 2017). He is married to Dana Hearne and they have three children and five lovely granddaughters.