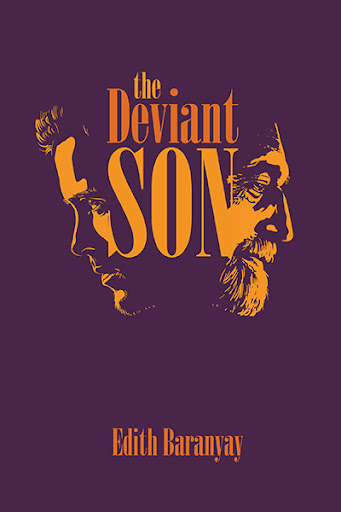 The Deviant Son
by Edith Baranyay

What happens when the son’s sins become the father’s?

Joseph Griler was a kind man, a loving father, and a great story teller. He also thrived on political discussions. After he passed in 1989, his spirit met up with familiar and unknown souls. During a heated debate he spiraled out of control, descended downwards at great speed, and collided with a dark, human mass before splashing into the fast-moving river Inn.

Upon gaining consciousness in the hospital, Joseph is bewildered by his modern surroundings. As he listens to conversations in the room, he discovers the body he now resides in is that of his youngest son, Wolfgang, who attempted suicide by jumping from the Penny Bridge.

After surgery, Joseph is transferred to a rehabilitation prison. He is deeply affected by the insinuating comments made about Wolfgang, and the hateful conduct by fellow inmates and staff directed toward him. With the help of his grandson, Lucas, Joseph begins to earn the trust of family members, old neighbors, his legal counselor, the local priest, and his fellow delinquents. As the months pass, he pieces together the details of his son’s deviant lifestyle.

A thrilling mystery, Deviant Son offers a new twist of perspective: a father's struggle with the consequences of his son's actions, his physical disabilities, and frightening nightmares.

Edith Baranyay resides in Champlain Heights, Vancouver, British Colombia. She finds inspiration for her stories on her walks in the nearby nature park. Her thinking is heavily influenced by political opinions, life experiences, and of course, her conservative Bavarian upbringing.