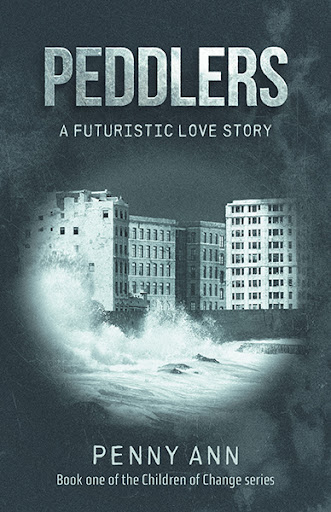 Set in the year 2169, in the post-apocalyptic Domed city of Havanna, rigidly controlled by a computer-operating system called BUDDY, Corey Tusk is about to be married off in a mating ceremony with his fellow high school graduates. But when the girl he loves is chosen by another boy, a distraught Corey refuses to choose another mate and is exiled from the oppressive world he was brought up in. Barely escaping with his life, he manages to make it to Peddler’s Island, which houses the people who pedal to create electricity for Havanna. He soon makes new friends and discovers the truth behind BUDDY and those who controlled his hometown from afar. When he learns about the far-reaching corruption and sees firsthand the violence of those in charge, he knows he must fight to find a way to free the people he loves. But can one rebellious man bring down this tyrannical system before it’s too late?

Penny Ann is an avid reader of fiction, a writer, and a graduate of the school of hard knocks. She started writing Peddlers in 1987 and it was set aside for thirty-three years, until her husband passed away in 2019. A believer in the idea that “life is what’s happening while we dream about what we want to do with it,” Penny dusted off her manuscript and finally made her dream come true. Peddlers is the first in a series; she is currently working on the sequel, which will be called Havanna.