It’s 1941, near the town of Southampton, Ontario, and five young sisters are reeling from an accident that killed their mother and severely injured their father. With help from their aunt, the sisters strive to keep the family farm operating as World War II rages on.

But the Ross sisters are not just facing the challenges of caring for their father and managing financial pressures. As Anna, the eldest, begins to fall for a young English pilot training in Ontario, she faces unwanted advances from the jealous farmhand. Gossip, discrimination, and harassment brew around the young women as emotional and physical threats grow. Although each of the sisters is struggling with the hardships of wartime and grieving their mother, they try to support one another when confronted by rigid small-town mores and unforeseen perils.

When women’s voices are not respected or believed, is the bond between sisters strong enough to withstand tragedy and war? Little Women meets #MeToo in this rich historical novel about adversity and resilience on the Canadian home front of World War II.

"I liked the book very much. Historical fiction is one of my favourite genres and you did it well."

"You have a gift for writing scenes of crisis. Every time, I was riveted."

"The characters were well-developed and realistic … I was engaged by all of them."

"The story is good and believable and I learned things I did not know before - like the local Air Training Schools [ WW2 British Commonwealth Air Training Plan]."

"I have finished the book and of course I am crying, as I was during several episodes in the book."

"The fact this [story] is loosely based on your life growing up is remarkable." 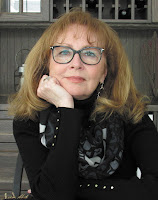 After working for more than thirty years as an educator and teacher-librarian specialist, Cynthia Elliott Everest is now pursuing her second career as a writer. While fictional, Anna’s Tree draws on her father’s childhood on an Ontario dairy farm and her own experiences growing up as one of the five sisters who inspired the novel’s themes of family loyalty, resilience, sisterhood, and courage. She currently lives in Southampton, Ontario, with her husband, Bruce, and they spend part of their year with their grown children and grandchildren elsewhere in Ontario and in British Columbia. Besides writing, Cynthia is also passionate about travel and women’s issues.