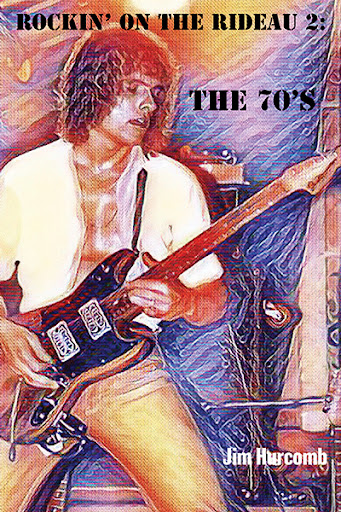 It was the decade when Ottawa welcomed some of the biggest bands in the world to town, including Led Zeppelin, Genesis, Queen, Kiss, David Bowie and many, many others. Rock FM radio arrived in Ottawa, and Geoff Winter, Brian Murphy, Shelly Hartman and Delmer and Cecil on CHEZ 106 became household names. We lined up to get into Barrymore’s and the Black Swan, and travelled across the river to enjoy Red Hot and Larkspur at The Ottawa House or the legendary Chaud, run by the mighty Gerry Barber. Midnight showings of the Rocky Horror Picture Show at the Towne Cinema were wild, boisterous parties, and Punk Rock burst on the scene when The Rotter’s Club opened on Bank Street.

And, of course, we had the great local bands: Octavian, The Cooper Brothers, Heaven’s Radio, Avalon, The Action, Tokyo Rose and Bolt Upright and the Erections, to name a few.

Relive the best days and nights of your lives, with “Rockin’ On The Rideau 2: The 70’s".

Here is what verified customers said about the Amazon #1 bestseller, “Rockin’ On The Rideau: Ottawa’s Golden Age of Rock and Roll”.

“This is a great book which covers a little-known subject - totally enjoyed it.

“I grew up in the Ottawa area and was a teenager in the 60s. I have fond memories of the bands I saw back then and they are all chronicled in Rockin on the Rideau."

“Great book about the history of rock n roll in Ottawa! Can't wait for the sequel!”

“A highly enjoyable account of an amazing musical scene in the 60’s. And it was all in Ottawa! Highly recommended!”

Jim Hurcomb has been hooked on Rock and Roll since he first heard Bits and Pieces by the Dave Clark Five in 1964. Lying in bed, listening to the fast-talking DJ's of the time, he never imagined that some day he would be on the other side of the radio, entertaining music fans for nearly 50 years, and counting, on CKCU, CKOY, CHEZ 106, CFRA, and, most recently, LIVE88.5 in Ottawa. Jim has also taught a popular music course at Algonquin College, written on the Ottawa Rock scene for national and local publications, enjoyed a stint as a drum teacher, played drums in several local bands and hosted music trivia events over the course of his career. And now, an author of two books on the history of Rock and Roll in Ottawa. The first, "Rockin' on the Rideau: Ottawa's Golden Age of Rock And Roll", became an instant Amazon Best Seller for 12 weeks. And now, "Rockin' on The Rideau 2: The 70's".

Rockin' on the Rideau 2: The 70's has been nominated by our staff as one of their favorite books.