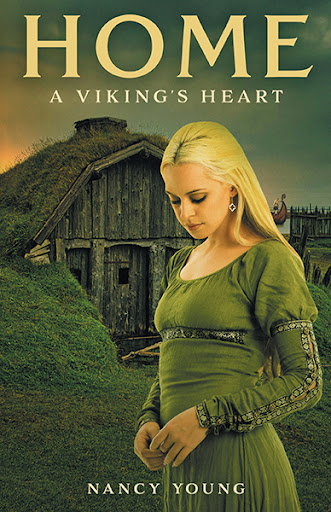 They had come! The men in the dragon ships from the North.

After the death of her father, Eislyn is left to manage her family estate on the coast of Wales, a role she enjoys but knows she can’t keep forever, as tenth century protocol dictates that she must marry so there is a lord of the manor. But there is a problem. Eislyn is unwilling to marry for duty, only love, and her most persistent suitor is her nearest neighbor. Widowed and considerably older than Eislyn, Sir Jonas will stop at nothing to acquire her as his bride, but most importantly her prosperous estate as his own.

Meanwhile, a young Viking named Torben, is heading across the Irish Sea to meet Eislyn, carrying with him a marriage contract signed by her father and blessed by the king of Wales. Torben seems charming enough, but Eislyn is on guard; after all, Vikings are all ruthless enemies. Or are they?

As Torben and Eislyn get to know each other—and she continues to refuse to marry for any reason but love—there are those plotting to keep them apart, including Alva, the new lady of the manor, and the vengeful jilted suitor Sir Jonas. And at times even Eislyn herself thwarts her own chances at happiness. It is ultimately her trust in God that gets her through each trial and circumstance.

Will Eislyn be forced to marry Sir Jonas? Will Torben realize that having a family with Alva will not bring him happiness, and that only by marrying his Celtic princess will he find true joy? And will Eislyn finally discover that home is not a place but a Viking’s heart…

After tracing her paternal ancestry to the midwestern coast of Wales and discovering that Vikings once lived in the area, Nancy Young decided it was the perfect setting for her debut Christian historical romance novel Home: A Viking’s Heart.

Always one to have a passion for learning more about the past, even while studying nursing, a history professor once asked her why she was taking his class, instead of more psychology or sociology courses. She simply responded that she had to take at least some courses that she would really enjoy!

Expressing her thoughts on paper has always been a passion for Nancy. She started very early in life, when at the age of seven, she penned a simple poem about a mouse in a house. Until now her thoughts have always been expressed in poetry, but the desire to write the stories of her imagination have always been there, only her busy lifestyle prevented her from bringing them to life on paper.

Her own unwavering faith and trust in God is central to Home: A Viking’s Heart, and she prays that her readers will also experience Him in their own lives.

Nancy lives in Calgary, Alberta, Canada, a short distance from the majestic Canadian Rockies. An avid reader since childhood, she also enjoys photography and knitting.