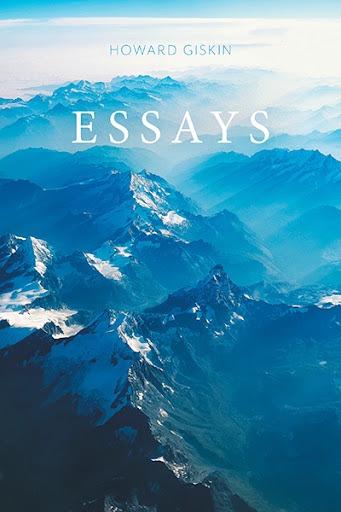 These essays are an exercise in self-examination, a meditation on the author’s life and interests as they have evolved over time. Part memoir and part reflection on the broad range of human concerns, Essays explores memories of the author’s early years and family life, as well as some of the extensive international traveling he has done throughout the years since. Other essays delve into his experiences of solitude, art and literature, astronomy, evolution, the nature of time, consciousness, museums, world history, and the Holocaust.

This wide-ranging collection of essays preserves and presents Howard Giskin’s experiences and the lessons he’s learned. Thought-provoking and contemplative, Essays encourages deeper thinking in an age of quick-fix entertainment.

"An essay collection blends autobiography with broader observations about history, culture, and religion.

“We are a mystery to ourselves,” writes Giskin in this insightful volume, “so writing about oneself and one’s interests is both a revelatory act as well as a process of discovery.” The first two-thirds of the book’s 44 essays are autobiographical in nature, as the author offers vignettes from his childhood and observations about his own family, travels, and inner life. Growing up in New York City in the early 1960s as his father completed a doctorate from Columbia University, Giskin delivers personal essays that effectively balance nostalgia and wit with poignant retrospective analyses on such topics as playgrounds, drive-in movies, and Halloween. An avid world traveler, the author offers readers nearly a dozen essays that use trips to Japan, Greece, Africa, and elsewhere as lenses through which to explore metaphysical concepts related to life, death, love, and humanity. The collection’s final third moves away from Giskin’s personal experiences and perspectives toward a broader commentary on culture, science, history, and philosophy. As a retired educator, the author has a solid grasp of art across genres and time periods, classical and modern philosophy and literature, and world religions. Essays in this section provide scholarly commentary, for instance, on the visual arts and include high-quality, color reproductions of various works. One piece provides an in-depth exploration of the poetry of Walt Whitman. Other essays analyze the poetry and art of World War I and critique Arnold Toynbee’s A Study of History. Though an agnostic, Giskin, whose previous books on Chinese culture have been published by academic presses, is clearly influenced by Eastern spirituality and thought. A predilection toward concepts like Zen Buddhism, combined with the author’s American upbringing and deep knowledge of the Western canon of high culture, provides a unique, erudite perspective that thoughtful readers will appreciate. Alternately, Giskin’s “exercise of getting on paper things swarming about in my head” is at times disjointed, focusing on topics that are perhaps better suited for a separate collection.

An astute and informed, if eclectic, assemblage of essays." 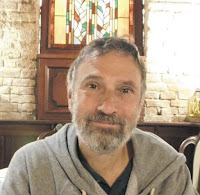 Howard Giskin pulls from his experiences in nature, reflections from his worldwide travels, and studies in the arts, philosophy, and science to fuel his writing. Howard’s preferred style honors the open form of the essay freeing the writer to see where their writing takes them, creating surprises for the writer and reader alike.

Howard’s previous books include Arcade of Memory (2019), Murmurings (2017), An Introduction to Chinese Culture through the Family (2001), and Chinese Folktales (1997). Howard and his wife, Vicki, live in the Philippines, along with their two cats.