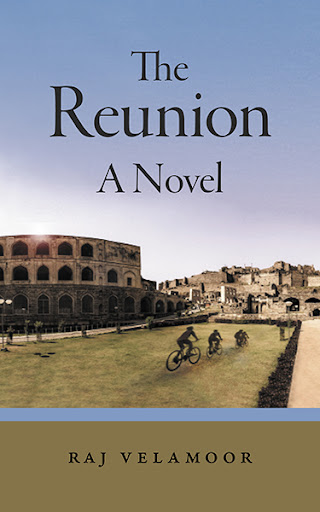 The Reunion
by Raj Velamoor

The Reunion tells the story of six close friends from India. It begins in Hyderabad and chronicles their destinies from the 1960's as they navigate religious, cultural, political and caste differences in and around their families. After they graduate from college, they end up in different careers, communities, and, even continents. Their triumphs and failures, convictions and doubts, and loyalties and betrayals are portrayed with a remarkable sense of intrigue and poignancy. Fifty-five years later they reunite in the United States and discover the different lives they have all led. Will their friendship withstand the test of time? An insightful and emotional account of how circumstances can influence the core of human character and personality..

"With scholarship and deft character portrayal, Raj Velamoor tells an intricately interwoven tale of a 50-year reunion of six childhood friends from Hyderabad, many having spectacularly emigrated. What shines through for me is the author’s heartfelt concern for the decline of the social fabric through rekindling of historic grievances and rifts through the veil of contemporary politics. As the author poignantly comments “History that we inherit in our years are choices made by our forebears”. I learned much from this valuable book and my perspective on the Indian subcontinent has been deepened.

It's a gem that I hope many readers will now come to enjoy."

Lecturer in Business Law at the University of Toronto.

Author of many legal commentaries and publications.

"The Reunion begins with six boys growing up in Hyderabad, a southern city in India, and Velamoor affectionately weaves a compelling tale of their lives in the larger context of post-independence India. The backdrop is the cauldron of caste, class and religion; as well as the urge to seek fame and fortune in the West. All six men essentially join the hard working and successful “model minority” while their strong links to each other and to India are dramatically weakened. At the point when they reach their retirement age on three continents, they reconnect after fifty years and plan a reunion in Michigan.

Their encounter reveals certain deep differences that once again reflect class and religious differences and, when confronted with Trump’s America, race becomes a factor in this heady mix. This debut novel will resonate well with the South Asian diaspora as it holds up a mirror to this sizeable population in so many ways."

—Manjunath Pendakur immigrated to Canada in 1969 and earned a Ph.D. in communications, specializing in the political economy of the media. He became professor and chair of the Department of Radio-TV-Film at Northwestern University in Chicago where he taught for 18 years. He also served as Dean at three public universities. His scholarly publications include a number of books and journal articles on the global media industry, including a book on Canadian cinema and a book on Indian cinema. 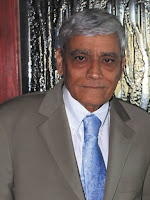 Dr. Varadaraj (Raj) Velamoor was born and raised in Hyderabad, India, a large, multi-ethnic and multi-lingual city, where he graduated from medical school in the seventies. He completed his post-graduate training in psychiatry in the United Kingdom, before moving to Canada. During his almost fifty-year career, he has practiced in different countries all over the world, including, England, Canada, the United States, New Zealand and Bermuda, and received Fellowships from professional bodies in Canada, Britain and the United States.

His approach to clinical practice, research and teaching reflect his training and life experience in a multitude of diverse cultures and health care systems, and his life long interest in examining the intersection between the biological, psychological and social realms of human behaviour. He has published over a hundred scientific papers, including book chapters and monographs, which have been widely cited and recognized in his field for clearly and cogently describing the results of his observations on a wide variety of topics. This is his first venture into fiction writing.

He lives with his wife, Suhasini, in Toronto, Canada. In his spare time, he loves to write poetry, play golf, read history and fiction, and follow current affairs.