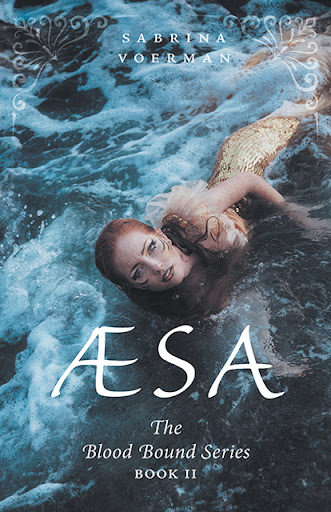 In 1783 Mount Laki erupted, leaving Iceland in famine. The sirens surfaced to help man, forming a bond between them. Árelía and Prince Eiríkur joined together to keep peace among the two species, and peace was kept until greed and gluttony consumed Prince Eiríkur. Twenty-five years later, there hasn’t been a siren sighted in six years. Until Æsa is discovered by siren hunters and everyone is after her, some for show and some for feasting, while others may have intentions far more sinister.

Nikolai has escaped a violent past. Jealousy, betrayal, hatred, and murder entrench his family, and he no longer wants any part of it. However, his

brothers won’t let him go and seek him out. Nikolai knows they are coming for him and is ready to accept his fate. But he has one last thing to do before he does—and he must have Æsa to do it. Æsa does not trust man and never will; in fact, she despises them. But Nikolai is not a man.

Tragic, powerful, and darkly beautiful, Æsa is the second book in the Blood Bound series. 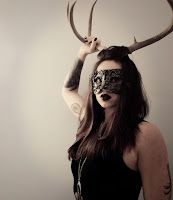 Sabrina lives with her partner of ten years on Vancouver Island. They have no pets, but sometimes, the neighbour’s dog comes over and they’re always happy to have her. Æsa is Sabrina Voerman’s second book. Her first book is RED, which is also part of the Blood Bound series. Sabrina would like to use this platform to acknowledge that she is of settler descent occupying the unceded territory of the Coast Salish and Pentlatch Indigenous people.