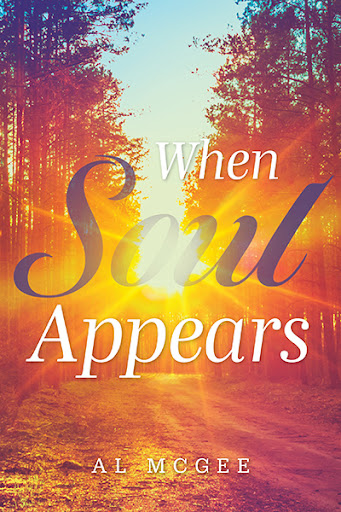 When Soul Appears
by Al McGee

After a painful confrontation with a Senior Pastor, his associate, the Rev. Al McGee, dealt with it by exclaiming the unsayable: “I don’t believe!” And thus began a wrestling match with the Divine. Al was struggling with God. Arguing with God. Contending with God. And found that instead of a lightning strike he was given the grace of deeper understanding. Like the Old Testament character, Jacob, who wrestled all night with God to wake up with a new identity, Al, too, entered a realm of greater possibilities.

By having it out with God, he realized God more deeply. He experienced a felt shift into a surprising inner cohesion of body, mind, and soul. For Al, the protest – the raised fist against heaven - was the catalyst for what he calls the appearance of soul.

Marked by depth, variety, and a wealth of “voices,” When Soul Appears will challenge readers to look at their beliefs and to ponder whether these are inspiring or restricting.

Al McGee was a Baptist minister who became a yoga teacher and then an Eastern Orthodox Christian. In 1998, Al created the Calgary Yoga Academy where he taught for many years. For the last 14 years, Al has been a member of the St Herman’s Eastern Orthodox Church in Langley, British Columbia, where he is a godparent to twelve, and counting. Married for just shy of fifty years, he and his wife live in Vancouver, British Columbia. They raised three sons and have four grandchildren. His teaching ministry continues through a website, YouTube videos and podcasts.