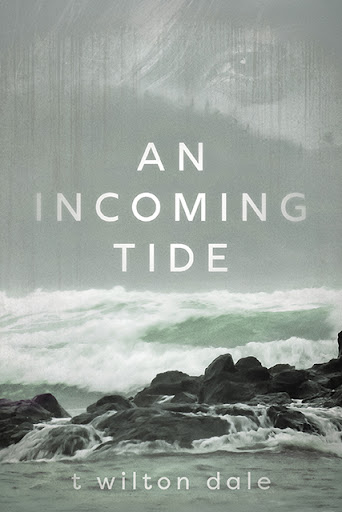 Psychologist Estelle Caylie’s life is getting complicated. Unfortunately, it didn’t even start out well. Estelle remembers very little of her troubled childhood, a childhood she survived through her voracious reading. Then with the untimely death of her brother under suspicious circumstances, Estelle goes about finding her estranged sister to unite the family for the funeral.

Estelle’s childhood memories begin to return. Vague memories that are just sounds and smells and body sensations. Nothing she can put together. They come, wave after wave of them, ever more intense, pulling her under. Yet another family tragedy strengthens the riptide.

Will the love that surrounds Estelle be enough? Will it get Estelle back on her feet, or will she be pulled under by the powerful tragedy and trauma that she’s experienced?

Wilton worked on the front lines of mental health treatment for over 40 years, 37 of those as a Registered Psychologist in Alberta. He credentialed to international standards as a Marriage and Family Therapist, trained in clinical hypnosis, and worked extensively with post-traumatic stress disorder, including with individuals and families traumatized by childhood sexual abuse.

For 25 years, Wilton wrote an opinion column in the Psychologists' Association of Alberta magazine. His writing consistently focused on elevating the humanistic foundation of his field. As a psychotherapist, he profoundly believed in the power of stories, richer in impact than are theories or treatment protocols. His first novel, A Greater Good (2017) is available on Kindle. Undertow, the sequel to An Incoming Tide, is anticipated to be available in 2022.

Wilton lives in Camrose, Alberta, with Mary, his wife of 47 years, and rescued dog Marley. Marley survived three years of living in the country-side running wild, managing to stay alive and eventually come to be a part of the family. Mary is retired from a career as an Addiction Counsellor and Social Worker. The couple are very proud of their two sons, Ben and Matt, both working in frontline emergency services in their respective communities in central Alberta, Canada.