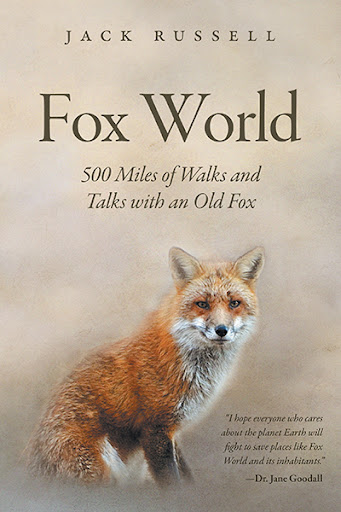 Fox World, based on true events, takes the reader under the canopy of an urban forest on the outskirts of Washington, D.C. for a year-long walk with a weary sales executive and his muse, a wild red fox. Aged, ill and injured, both fox and man seek healing in their journey, not only for themselves, but for the ecologically stressed forest which is under siege. They are joined on their five-hundred-mile walkabout by the fox’s forest friends – owl, buck deer, hawk, blue heron, and raccoon, and each animal’s story illustrates why this small forest is so soothing and majestic in its allure. Starting in brutally cold winter, followed by the wettest summer on record, fox and man face daunting life challenges on their walks, from heart arrhythmia which ends the executive’s career to a coyote attack and critical illnesses faced by the elderly fox. And through these traumatic events, the two bond for survival, and the fox’s wild perspective teaches his human friend unforgettable lessons about healing, coping, serenity, wonderment, mindfulness, and simple treasures (e.g., the sun setting atop the great oaks, an owl serenade under moon beams, a shared cup of bison bone broth on an icy day). Drawn in by the plight of the fox’s forest as destruction looms, the man decides to take a stand and help the fox and his animal friends. Richly graced with gorgeous nature photos and infused with insights that can only be imparted by those who have come to genuinely appreciate life, Fox World is an exhilarating walk in the woods that you’ll never forget.

"I hope everyone who cares about the planet Earth will fight to save places like Fox World and its inhabitants."

“As a wildlife rehabilitator who works hands on with red foxes every day, this book took my breath away. The author truly grasps the essence and magic of these beautiful, spiritual animals and he artfully employs a fox, Mr. Fox, as a co-narrator to describe the hardscrabble challenges of a fox in the wild. With a self-effacing light touch that makes one laugh and deftly with enough painful detail that a tear or two is shed, the story unfolds, and we cheer the hero canine and his human student to the story’s joyous end. Fox World is a bookshelf staple for fox lovers and for those, who have been graced only once with seeing a distant fox walking the wood’s edge and desire more, Fox World will transport you there.” 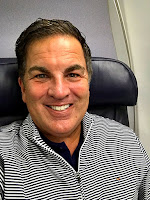 Jack Russell wrote Fox World after heart trauma almost took his life four times. During recovery, he sought a calm refuge and found it in a nearby forest where he reunited with an aging red fox that he once saved as a pup. Jack drafted the 342-page Fox World on his smartphone as he and the wild red fox walked daily.

Previously, Jack traveled North America and Europe for over three decades to assist Fortune 1000 companies with building distribution channels, developing new products, and launching start-ups. His efforts were instrumental in building a pet health insurance company in America and he underwrote over one hundred affinity marketing programs in his career. Jack studied economics at Virginia Commonwealth University and years later, attended executive programs at The Wharton School and Georgetown University.

He lives in Lake Frederick, Virginia with his wife, Susan, and their Jack Russell terriers. Along with fighting for Mr. Fox’s forest to be declared a nature preserve, Jack and Susan enjoy giving freedom rides to shelter dogs and assisting with their shelter medical bills. He is a beginner at photography, an ever-learning birdwatcher, a football fan when Green Bay is on television and an enthusiastic golfer of diminishing skills.