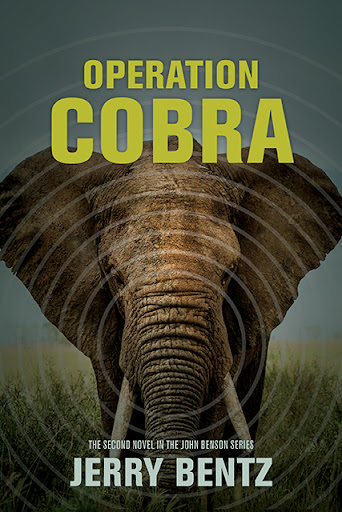 At the dawn of the 21st century, poaching and the illegal ivory trade were the biggest threats to the African elephants’ survival. Down to as few as 400,00 animals by 2012, the African elephant was on the path to extinction in the wild. African rhinoceros’ species were in even more jeopardy.

Operation Cobra chronicles the exploits of John Benson, Kate Beckett, and their team in East Africa and North America working with local wildlife and law enforcement agencies to take down wildlife poaching ringleaders and break up international wildlife trafficking syndicates, often risking their lives and the lives of their trusted team members, Dennis Bear and Anna Dupree, and their two German shepherd police dogs, Sydney and Nelle.

Jerry Bentz has been a professional biologist and environmental consultant for over 30 years with a B.Sc. in Wildlife Biology and an M.Sc. in Forest Science, and lives in Edmonton, Alberta, Canada. He has three married daughters and seven grandchildren and had an Australian Shepherd/Blue Heeler cross dog named Sydney (Syd) for 17 years, and a Border Collie cross dog named Nelle for 15 years.