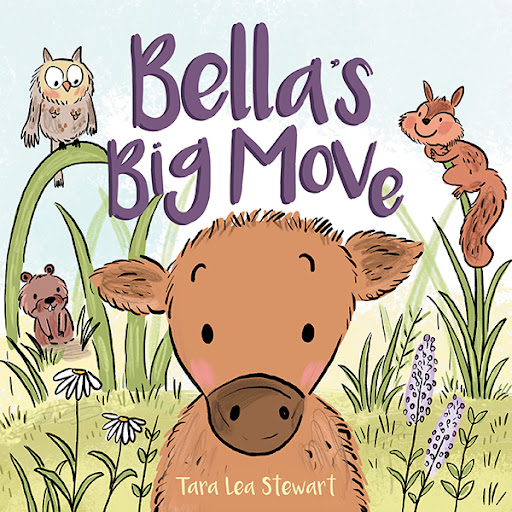 Bella is a young buffalo with a wonderful life. She wakes up every morning with a smile! But when Bella’s parents tell her that the whole family is packing up and moving across the country, she’s terrified! She’s scared of leaving everything she knows, especially all of her friends, and moving to a new place with her family.

As Bella makes the trip from Alberta to Prince Edward Island, she struggles to let go of her fears and worries. It isn’t until she meets an inspiring friend along the way that Bella learns that change, even though it's scary, can be a good thing.

Tara Lea Stewart works as a primary school teacher. She also happens to live across the road from the only herd of buffalo on all of Prince Edward Island! Her father, Walter "Spud" Stewart, at one point was the Chief Wildlife Conservation Officer on the island. In 1971, he travelled to Alberta to accept a gift from the province: a herd of buffalo! He even met Terry the turtle along the way. The descendants of that same herd still live on the island, owned by a local Buddhist organization. All her life, Stewart has been saying that someone needed to write a story about how these buffalo ended up on the island. She decided if no one else would, it was up to her.

Stewart lives in Milltown Cross, Prince Edward Island, with her Great Danes, Addie and Cuillin, a Pyrenees-mix named London, and a whole bunch of fancy pet chickens and peacocks. Her horse, Panzer, lives just down the road. To relax, Stewart likes to knit, bake and play the drums.