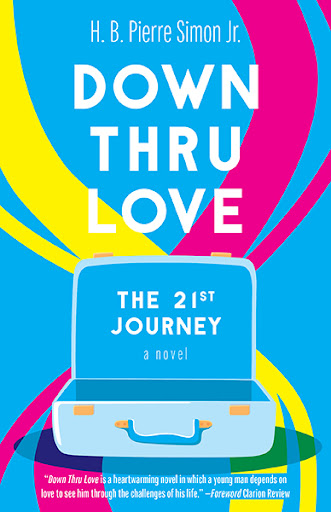 Down Thru Love is a heartfelt story about a young man named Peyton Love, his journey of being born with Down syndrome, and his triumphs of life through self-realization, forgiveness, and love. Peyton Love’s life has been full of challenges, but he has persevered through them all because of his mother’s sacrifices and consistent lessons.

With the hope of one day finding his father and proving his worth, Peyton works his entire life collecting awards, accolades, trophies, and anything that would validate his existence. Being abandoned before taking his first breath, Peyton’s pain fueled his passion for his father’s validation and acceptance. But would it be enough?

When tragedy strikes and Peyton’s world falls apart, he sets out to find his father, with no promise of a welcoming reconciliation. As he searches, Peyton struggles to keep his mother’s beliefs alive—that it is possible to change the world through forgiveness and love. Unbeknownst to Peyton, this very forgiveness would not only allow him to change the world, but it would become the critical puzzle piece to saving his own life, and fulfilling his purpose.

As his search draws closer to finding his father, will Peyton be able to forgive him? Can he move past old hurts to fulfill his mother’s dream of becoming the Love the world needs? What will be the view of Love, Thru Down?

Many years ago, H. B. Pierre Simon Jr. mentored a child named Peyton who had Down syndrome, and remembers him as the most beautiful, happy, and lively child he’d ever known. With all of Peyton’s challenges, he worked hard to push through them, and even though his father wasn't in his life, he never felt sorry for himself. He and Simon became really close, and Peyton looked to Simon as a father figure, a friend, and someone that cared for him. Ten years ago, Simon told Peyton’s mother that he would write a book in Peyton’s honor—Down Thru Love brings that promise to fruition.

Simon also has a son, Elijah Pierre Simon who inspired portions of the book. He notes, “Elijah’s young innocent view of life encouraged me to finish this book which was started nearly 10 years ago. I always wanted to have a project that last forever with my son, and now I do. We have Down Thru Love.”

In many ways, Simon identifies with the main character. In a previous book he authored, he noted, “There are times in life where life throws us challenges, and seemingly impossible obstacles. However if we face them head on, with no promise of victory, that will be the day we start down our paths of purpose. That’ll be the day we live forever.”