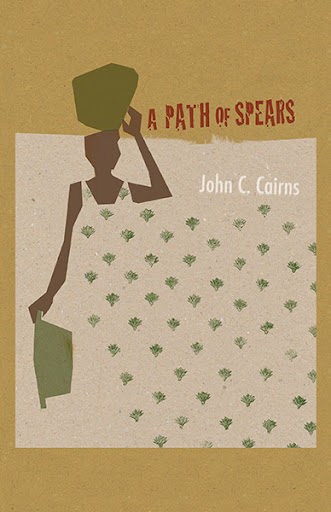 A Path of Spears
by John C. Cairns

JOHN CAIRNS was one of the few Canadians to serve in the British Administrative Service of the United Nations Trust Territory of Tanganyika, then under British mandate. This novel of East Africa at a time of transition reflects his experience as a District Officer from 1951 to 1958.

Although the first draft was written shortly after he left East Africa, A Path of Spears remained unfinished for many years until John returned to edit it after his retirement.

Because this book was initially written during the years of transition from British administration to local government in East Africa, it has a freshness not overlaid by hindsight of the intervening years since Independence-Uhuru.

John Cairns was born in 1921 to a Scottish immigrant family in Galt, Ontario His international experience began during WWII while serving with the Canadian Air Force in India and Burma. In 1950, he was recruited for the administration of the United Nations Trust Territory of Tanganyika, then under British mandate. After working as a District Officer in Tanganyika from 1951 to 1958, John continued to an international career focused on education. In this capacity he worked in Nigeria and Northern Canada, before becoming Director of UNESCO’s Experimental World Literacy program. In 1974, he became Director of International Programs at the University of Guelph, Ontario, living in the nearby village of Elora with his wife Beverley and 5 children. On leaving the university, John continued to travel the world as educational advisor, delighting in its many cultures, till he retired in 2004. John died in 2014.