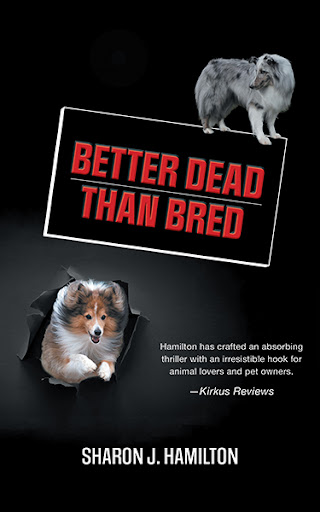 Better Dead Than Bred, the rallying cry of rogue activists from PETA (People for the Ethical Treatment of Animals) erupted loudly in Vallejo, California, in 2018. Bursting into a major dog competition, these activists caused the death of many pure-bred show dogs by releasing the animals and shooing them outside onto a nearby highway. Also, in searing heat, they unplugged the electricity to their owners' motorhomes, killing the air conditioning and, consequently, killing the show dogs sheltering inside. “Better dead than bred!” they yelled. It was disgusting. It was horrible. It was riveting.

The movement’s existence and raison d’être raise some massive questions, tackled here in this tale of a decent man lured into hell by an animal rights activist who believes he’s the devil and that his life’s purpose is to tempt good people into evil. Sean Bergmann is a retired engineer, happily married and living a comfortably insulated life with his two beloved shelties, Opi and Echo, whom he trains to compete in dog shows.

But just as Opi enters the ring for the Best in Show contest, Sean Bergmann’s ordinary life collides with a force that is distinctly out of the ordinary. Cooper Newsome and three of his activist acolytes invade the show, open crates, and scatter the precious dogs. In the process, Opi is killed and Echo goes missing. Cooper leaves his business card, inscribed with the words “Better Dead Than Bred.” Sean vows revenge at whatever cost.

This story follows both the revenge and its cost, including Sean’s involvement with Cooper's organization so he might spy on the activists until he’s learned enough to cause them meaningful damage. But he loses his identity and ethical core along the way, eventually even participating in the theft of puppies to be sold to a dog fight organizer.

Sean achieves retribution at last in this battle for animal rights and his soul in the form of a furious conflagration that wipes out the bad guys . . . or does it?

"Hamilton has crafted an absorbing thriller with an irresistible hook for animal lovers and pet owners." 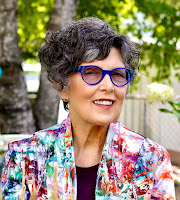 Sharon J. Hamilton has taught English at every level from elementary to post-graduate, during her forty-year career. She holds a PhD in language and literacy from the University of London and has participated in writing seminars at Corpus Cristi College, Oxford, and the Faber Academy, London.

Additionally, she has owned, trained, and shown shelties, and is a member of the Winnipeg Area Shetland Sheepdog Association.

This is her fifth novel and sixth published book. Hamilton lives in Winnipeg with her partner and two shelties. She has a son, an actor and playwright, who lives in Toronto.

My Name’s Not Susie: A Life Transformed by Literacy

Fall of a Sparrow

Chapel on the Moor