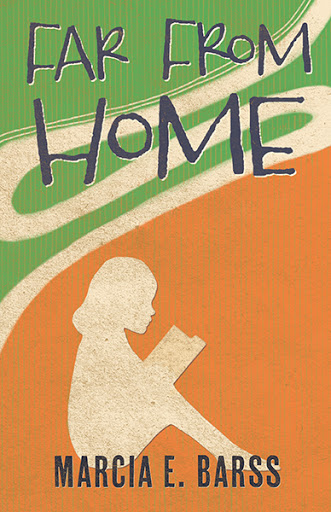 Margie attends an American boarding school in Kodaikanal, South India, a thousand miles from her home in Parlakimedi, Orissa state, where her missionary parents work. Although she likes school and has fun with friends, she longs to be home with her family. When she talks with an older girl who is determined to leave school and get home, Margie decides to join her in plotting their getaway. If they manage to escape from the school, they’d take a bus and a train to get to Madras, and wait a whole day in the city before getting on another train. Can they succeed in making it all the way home on their own without getting caught?

“A poignant story of loss, resilience, and courage, with an appealing, relatable protagonist. The sights, sounds, and smells of India in the 1950s come alive, as you join Margie and her friends in their boarding school adventures. Highly recommended!”

“A beautifully written story with characters that will capture your heart. Far from Home is a poignant glimpse into the life of missionary children in India in the 1950s, as well as an exciting adventure story.”

Marcia attended Kodaikanal School from kindergarten through grade twelve, except for grade six when her family was on furlough in Canada. After graduation from Acadia University in Wolfville, Nova Scotia, her home for many years was in London, Ontario, where she worked as an early childhood educator and raised her family. Her home now is in Dartmouth, Nova Scotia.