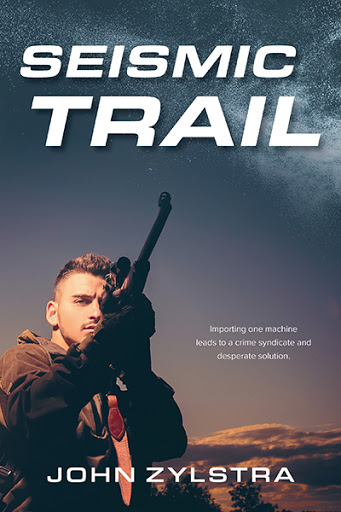 When Jack purchases a new drilling machine for his seismic exploration in northern Alberta, he expects that his biggest problem will be transporting the equipment from Venezuela back to Canada. Instead, he and his employees attract unwanted attention from a Mexican drug cartel and must flee home, evading threat and attack along the way. When Jack’s family is dragged into the conflict, he must decide: how far is he willing to go to protect the ones he loves?

John Zylstra brings the forests of northern Alberta to vivid life in this exploration of the Canadian oil industry. This story of one family’s struggle to survive crosses international borders, raises questions of faith, justice, and forgiveness.

John Zylstra has been a farmer in northern Alberta for forty years and has been coaching other farmers in the trade for thirty years. He was encouraged by his wife to write a novel based on the seismic exploration business that employed his son, and after many years of dreaming, Seismic Trail was born. John writes from personal experience, having grown crops and raised livestock for many years and traveled across Canada, through the United States, and into Mexico.

John has a BA in Philosophy and English, and a BSc in Agriculture. Seismic Trail is his first novel. The sequel, Seismic Valley, is in production. John continues to live on his farm in Northern Alberta with his wife and pets and barnyard animals.