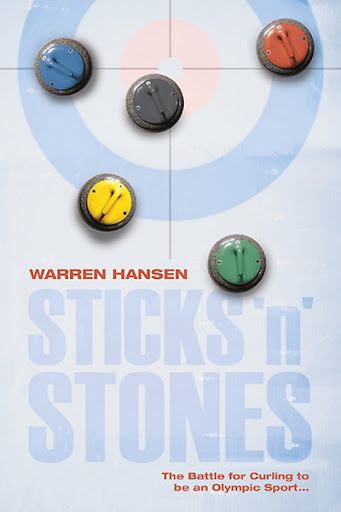 In the 1970s, when most people thought about curling they thought it was just a game, something that could never be a real sport. Warren Hansen, a top curler in the seventies, felt curling wasn’t viewed fairly by the sports world. That needed to change.

Hansen joined forces with Ray Kingsmith in the late 1970s to change this, setting out to get curling into the 1988 Winter Olympics in Calgary as a demonstration sport. They succeeded, but then it seemed like curling would never go beyond that demonstration.

Three times curling applied to the International Olympic Committee (IOC) for Olympic medal status. And three times, the IOC turned them down. Finally in June of 1992, at the IOC General Assembly in Barcelona, Spain, curling received the blessing of the executive committee as a full medal sport.

Sticks ‘n’ Stones reveals what it took for curling to gain full medal sport status, from sheer determination to navigating the murky waters of politics of amateur, international and Olympic sport.

"Sticks ’n’ Stones is a fun, encyclopedic history of the controversial path that curling took to gain Olympic status, told by one of its most important boosters."—Foreword Clarion Review, 5 Stars

Warren Hansen took on the challenge of changing curling because first and foremost he is a curler. In the 1970s, he was a top-level curler who was contracted by the Canadian Curling Association (CCA) to develop the teaching system for curling in Canada. Hansen became the driving force behind getting curling into the Olympics, first as a demonstration sport, then as a full medal sport. Following that, he became the key driver for making major curling events in Canada—like the Brier and Tournament of Hearts—into significant revenue producing sport properties.

Hansen was the director of event operations and media relations for the CCA for 30 years and was the managing editor of Extra End Magazine (Canada’s national curling magazine) for 30 years. In addition, he is the author of Curling: The History, the Players, the Game (Toronto: Key Porter Books, 1999).