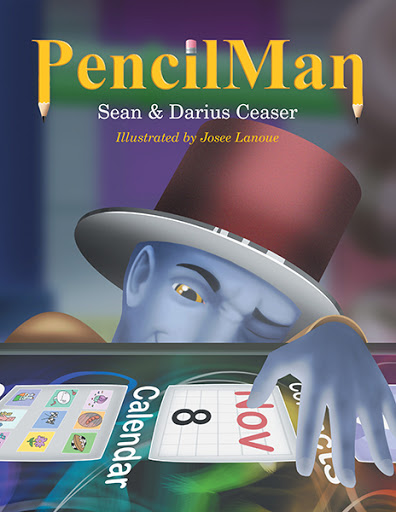 Have you ever wondered what happened to that calendar appointment you set up on your phone? That app that disappeared? That contact that seems to have gone missing? What happened? Where did it go? Well, dad has lost some of his cell phone information & he's wondering if his little son might have accidentally erased it. Little does he know the truth about what has happened. The wondrous story of PencilMan shows us the magical world where this information is transformed.

Brimming with magnificent art, the book’s rhyming rhythm gives the adult readers the ability to decipher hidden clues in the text. Come along with Limmerie, Barker, Poe-Poe & Slip on their fast-paced journey from house to PencilMan factory to discover what everyone has yet to know: what happens to all this missing information? 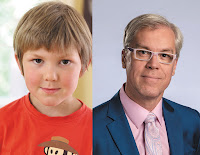 Darius Ceaser is a young author and entrepreneur who has an amazing imagination and loves to help other kids explore the world around them. At four, he came up with the idea of PencilMan. A hero who transforms the world and makes it a simpler, better place. He had another idea in kindergarten, with a friend of his, that they would help kids learn about different things like “Save the World” and “Movie Making”. They began their project at recess and many other students soon became involved in helping them help the world. The staff at school has also got on board to help Darius and his partner run their small business. He is passionate about saving the world and having fun!

Sean Ceaser is a licensed naturopathic doctor. As a boy he created many comic books and picture books filled with imaginative stories and characters. Now he loves every moment with his two boys, Darius and Kydyn, and is passing on his love for creating visual art, astronomy, sports and music to his sons. Sean continues to have a vivid imagination, which helped to bring Darius’ story to fruition. Like father and son in the story, the creation of this book has brought them closer in the sharing of ideas, exploring the imagination and producing a book that all can enjoy together.

Josee Lanoue is an artist who works in the animation industry in Vancouver, BC, Canada. She has fully realized each of the characters in this wondrous story and has placed them in a beautiful and bizarre landscape that fills the reader with awe and wonderment. She loves vivid colours, traveling, architecture and other geeky things.