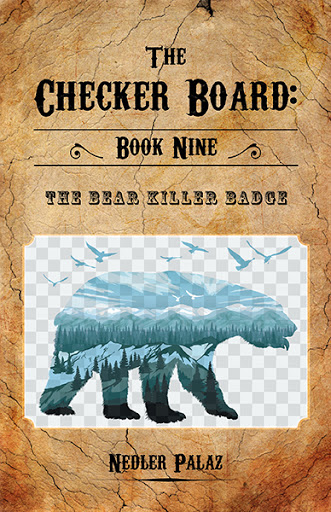 The 'Bear Killer Badge' is earned through acts of courage, perseverance and good judgement to achieve an extraordinary deed.

In 1897 Wyoming, Dave Smith faces bankruptcy after a winter blizzard killed off his cattle herd. Purchase of replacement cattle cannot take place until the sale of a valuable thoroughbred race horse redoubles his bank account. One obstacle stands in the way. The horse must be delivered halfway across Wyoming where obstructions arise from attempted horse theft to ransom of a railroad executive.

The story encounters a major impediment on a lonely abandoned railroad siding in Suggs, Wyoming. A Chicago, Burlington & Quincy locomotive and private railcar figure prominently as the story moves via railroad from north to south within Wyoming. Dave Smith learns he is considered for appointment as a District Judge for three counties, one being Johnson County still rebuilding from the 1892 war that required the intervention of the US Cavalry to end the shooting war. Undertones of conflict simmer five years later with efforts to drive off small ranchers, arsonist night riders and rampant outlaw gangs from the ' Hole in the Wall' unassailable hideout that includes the Dalton gang, the Wild Bunch, as well as Butch Cassidy and the Sundance Kid.

Dave's forays into stopping civil unrest and rustling gangs chip away at the criminal hold in north central Wyoming.

Closer to home he learns his new cattle herd is subject to being rustled unless he makes plans to thwart the theft. Worst of all he discovers a friend foments the rustling tactics.

Old partner, Jim Bowen, a rapscallion US Marshal generates quirky encounters with outlaws while adding the weight of his marshal's badge to the roundup of miscreants.

The Checker Board ranch inhabitants continue to grow including a cadre of black men from the 9th Cavalry 'Buffalo Soldiers', a British tutor for the irascible twin boys, and the Cheyenne Indians who are on hand to deal with any threat to the ranch.

Dave's grown red-headed twins, Seth and Seamus, inadvertently create a 'worse nightmare' bear rampage. This event initiates the idea of "the Bear Killer Badge' bestowed on those who earn it through bravery and self-preservation.

Many factors make up the highlights of this book, including whether the governor will sign off on the district judgeship.

Dave and Bowen delve into ways to restrain the 'Hole in the Wall' hideout of bank robbers, train holdup artists, and wholesale rustlers. To find a way to breech the vertical red walled canyon, the most redoubtable criminal fortress in the west, remains an unsolvable problem unless Dave Smith can develop a new scheme to penetrate the 'Hole in the Wall'. 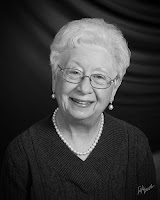 NEDLER PALAZ IS A PENNAME chosen by the author to reflect the Western historical background of the fiction novel series, The Checker Board. The author, Nellie Pallagi, has a lifetime interest in the Western genre. The series follows the exploits of a nineteen-year-old runaway who learns equal amounts of ranching and gun-fighting skills in 1879 Texas, and then travels onward into new adventures throughout the West.

Book Nine carries the reader in 1897 to Dave Smith’s ranch in the Absaroka Mountains of Wyoming. Facing bankruptcy due to the winter kill-off of his cattle herd, Dave decides to sell a valuable racehorse named Ten Sleep.

Dave learns what criminal activities continue in Wyoming’s wild country even in 1897, and what he faces to keep his family protected. Learn what it takes to earn the “Bear Killer Badge.”