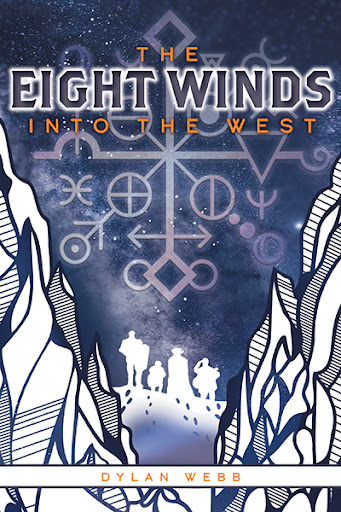 The Eight Winds
Into The West
by Dylan Webb

The Island nation of Ma-Ural has long been a place of peace and prosperity, with vast deposits of precious gems and mythril ore—valuable for its magical properties and heavily sought after on the mainland—but perhaps its greatest resource is opportunity. It has always been a place of sanctuary and rebirth, and host to many adventurers seeking not only their second-chance in life but a chance at immortality, as they begin their pilgrimage to the hidden city of Mysrik.

But times are changing. Ma-Ural’s long established peace has been crumbling, with tensions rising between the east and west, between races, and between simple magic users and one who is willing to stop at nothing to gain all the power of Mysrik for his own nefarious purposes.

Standing in his way are an unlikely group of companions brought together by circumstance: Elaria, a naïve and virtuous paladin, hoping to make a name for herself and honour both her training and her oath; Hoots, a runaway gnome more powerful than her diminutive form would suggest; Trit, a half-elf bard looking for answers about his family; and “Carion,” a powerful demon-kin, haunted by a past so dark he might never escape it, even if he manages to live forever.

Originally from Wellington, New Zealand, author Dylan Webb has always had a love of fantasy and storytelling. His educational journey actually led him on a very different path, spending time in academia with the natural sciences.

As a native Kiwi (New Zealander), Dylan was lucky enough to be living there when Peter Jackson’s Tolkien series was being shot which helped spark his imagination, bolster his appreciation of the genre, and inspire him to develop his own stories.

Although the specifics might change in the near future, Dylan currently lives in Alberta, Canada, with his loving fiancée. The Eight Winds Into The West is the first volume of The Eight Winds Series.