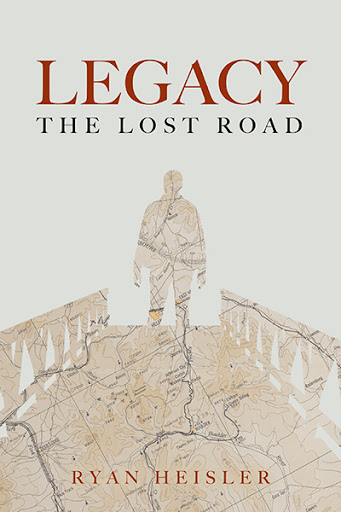 Through a curious turn of events, past and present intersect, as one man’s curse becomes another man’s fortune—not a treasure of silver and gold, but something extraordinary. Nicolas Mason never expected to find adventure in his quiet town, but fate had a way of taking him aside and revealing another path. When a stranger with a dark past makes an unexpected arrival, our hero is taken on a journey to save everything he holds most dear. A race against the clock, good verses evil; who will be the one to claim victory? The year is 1841. Step inside the small town of Brigwood and come along on a journey that will test the courage, valour, and strength of those willing to sacrifice it all.

Sometimes it’s best to free yourself of what you believe to be true, and let your imagination wander past its limits. Imagine the possibilities; what could exist, what will exist as time moves toward the future? Every soul leaves behind a shadow when the light sheds its own; a legacy. This is one man's tale that will let you choose what you want to believe.

Ryan Heisler, author of his first novel, Legacy: The Lost Road, has launched the first chapter in an action fuelled, adventure fiction series. Spending most of his time in the world of technology and electronics, Ryan has created his own picture of what he might see the future leading to, with a hint of sci-fi riddled throughout this eighteenth century western tale. His fast-paced travels around Western Europe have given him a sense of culture and adventure, which he portrays through the eyes of his characters. Ryan is currently living in his home town of Cole Harbour, Nova Scotia, where he is working on his second novel in the trilogy, which will dive deeper into this incredible world he has created.