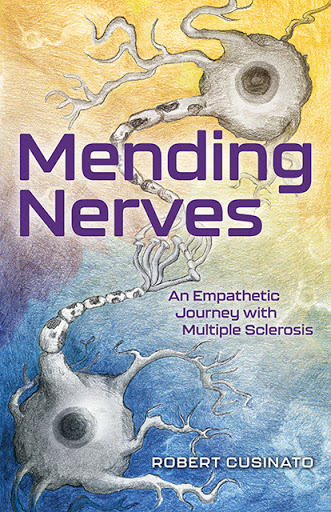 EVERYTHING THAT HE THOUGHT would happen could no longer happen. His failing physical abilities reminded him while his eyes affirmed this truth. Or so he thought.

Mending Nerves follows the journey of Lobio, a seasoned physiotherapist working primarily in the neurological rehabilitation department at a local hospital when he himself is faced with a neurodegenerative disorder. He comes face-to-face with multiple sclerosis while he coexists as both healthcare provider and patient. While he endures physical, mental andemotional challenges along the way, he searches for strategies to mitigate his symptoms and improve his functional abilities.

Lobio also comes to the realization that since he can relate to his clients, he can bolster them in ways that he otherwise could not have. They in turn help him in ways, both directly and indirectly, that enlighten and motivate him. For Lobio, redemption ultimately comes with acceptance of his new reality. Only by acknowledging his limitations and realizing that he still has purpose will he find inner peace. 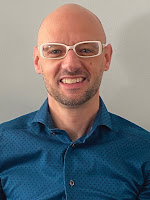 His career has embodied work in the public and private sectors, homecare and long term care. He has also had the privilege of teaching physical therapy students at his alma mater, Western University and medical students studying at the Schulich School of Medicine and Dentistry, Western University.

Over the years, he has worked with individuals of all ages and with varying diagnoses. He has garnered a genuine interest in multiple sclerosis over time, especially while working in the outpatient neurological rehabilitation department at a local hospital. He has been inspired by the battle that he has witnessed everyday when he is at work. Victims of aggressive diseases with relentless symptoms provide their greatest efforts to survive and live a life despite knowing that they may always be bound down by physical impairments. Given the prevalence of MS in Canada, he and his family have been involved in charitable causes for the last five years in support of those dealing with this disease and in the hope that one day there will be a cure. He has written this story as a testament to all those battling chronic disease that despite all odds, there is always a way.

Outside of work, he has always gravitated towards an active lifestyle with a keen interest in soccer and more recently bicycling. He also has an eclectic taste in music that bolsters him with everyday activities. He is appreciative of the gifts that he has been given. He is an enamored husband and proud father of two.