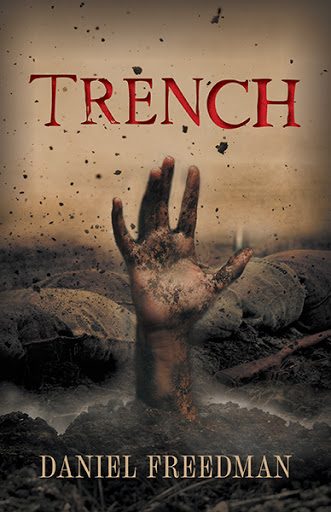 Set during the bloody hand-to-hand combat between Allied and German troops in the First World War, Trench is centred on the lives of Reilly Weathers and Sean Foley, two young soldiers in the British Fourth Army, 32nd Division. As the men fight the harsh realities of war, they’re welded as comrades and confidantes, with each one battling his own personal demons.

Back in London, Reilly’s girlfriend Marie desperately awaits his safe return home. She confronts power and politics in her own campaign to further the women's suffrage movement and support the war effort in a male-dominated world.

As the British soldiers fight to survive in the trenches, they’re haunted by the spectre of a blood-thirsty beast—one that’s perhaps even more fearsome and formidable than the Germans. The recruits must band together to battle their darkest fears and vanquish not only the monsters that dwell within their minds, but also the growling abomination that stalks them from the shadows.

Daniel Freedman has been crafting cartoons and short stories since he was in elementary school, later expanding his creative pursuits to poetry, song-writing, and playing guitar. His band had a music video premiere on Much, a Canadian pop-culture TV program. A graduate of Carleton University, Freedman continues to write, DJ, play guitar, and produce music. Trench is his first novel.